NO JAIL TIME FOR ESPINOSA KILLERS 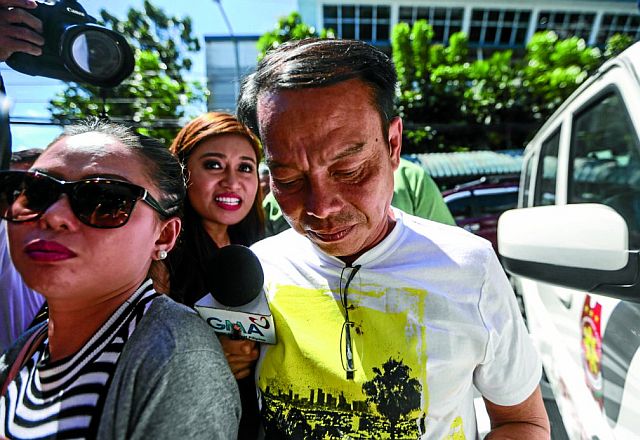 Just as the wheels of justice started moving, President Rodrigo Duterte announced that he would not allow the policemen who allegedly killed Albuera, Leyte Mayor Rolando Espinosa Sr. to go to jail.

The statement from the country’s top executive came a day after the National Bureau of Investigation (NBI) ruled that the mayor died in a rubout and not a shootout as earlier claimed by the involved policemen.

“I will not allow these police to go in prison. Kahit sabihin ng NBI na murder. Eh total ano naman ang NBI, under ko rin yan eh, Department of Justice (Even if the NBI said it was murder. Anyway, the NBI is still under me and the Department of Justice),” Duterte said in his speech at the Urban Solidarity Week in Mandaluyong City yesterday.

(The NBI’s finding is murder. They can go file a case. But I still believe in the version of the police. Whatever the police say is for me the truth. The NBI said it was murder. But the police said, “Sir, he fought back.” I believe the police. Now, why would I sacrifice them?)

Duterte, nonetheless, said he won’t interfere in the investigation but will assist the policemen who were implicated in the killing of Espinosa.

Mayor Espinosa was killed inside his detention cell at the Leyte sub-provincial jail in Baybay City by CIDG-8 agents who stormed the jail at dawn of Nov. 5 to serve a search warrant on the mayor.

They claimed that the mayor was shot dead after he allegedly tried to shoot it out with the policemen. But the NBI, in its report, said no such shootout occurred and that Espinosa was “defenseless” and was summarily killed.

The slain mayor, who was buried last Sunday in Albuera, was the father of confessed big-time drug trader Kerwin Espinosa, who is now in police protective custody and has exposed the multi-million-peso drug protection racket that involved top police officers in Eastern Visayas, including Supt. Marvin Wynn Marcos, the CIDG-8 head who is now among 24 policemen from the unit charged with murder by the NBI before the DOJ.

Reactions were swift in condemning the President’s pronouncements.

Lawyer Elaine Bathan, the Integrated Bar of the Philippines (IBP) Cebu City Chapter president and also IBP governor for Eastern Visayas, said she was “appalled by the statement of the President.” 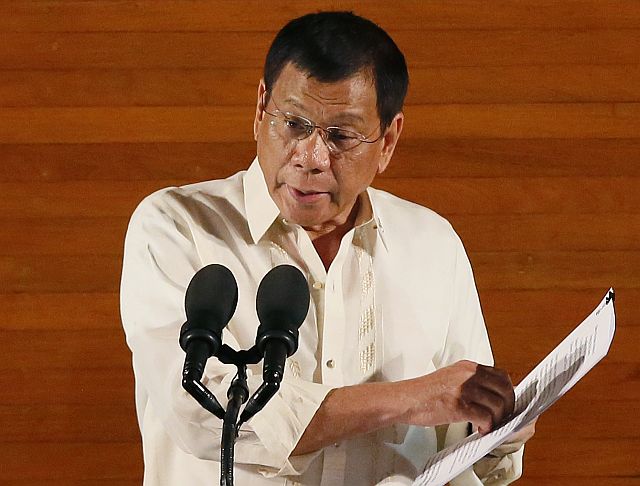 “Ours is a government of laws and not of men. The President should refrain from making statements or doing acts that may be perceived as taking the law into his own hands or harboring government officials who are in the wrong. This may be abuse of power in the highest form. I just hope this is yet another one of his random statements he or his cabinet would clarify or retract soonest,” Bathan said in a statement last night.

Sen. Leila de Lima said the President’s pronouncement was a “betrayal of public trust” and “bordering (on) impeachability”; while another senator, Antonio Trillanes IV, said that Duterte’s statement that he would not allow the police involved to go to jail was proof that he masterminded the Espinosa slay.

Officials from NBI-8 in Tacloban City, which was involved in the investigation into the death of the Albuera mayor, have opted to stay mum when sought for comment by Cebu Daily News yesterday.

An NBI-8 agent, who asked not to be named, said they would rather not say anything, since it was the President talking, and would rather leave their central office to handle this matter.

The Espinosa family’s Cebuana lawyer, Leilani Villarino, also begged off from issuing any statement, saying she did not personally hear President Duterte speak in favor of the police.

“I would rather not comment on anything I did not personally hear,” she said.
But Ramon’s wife Emma could not hide her sadness over the statement of President Duterte.

“Ila man ron ang pamunoan. Pasagdahi lang na sila. Ila ron ang gobyerno. Unsaon wala may gahom ang among pamilya (The government belongs to them now. Just let them do what they want. The government is theirs. What can we do, our family doesn’t have the power),” she told CDN.

Leo Villarino, chief investigator of the Commission on Human Rights in Central Visayas (CHR-7), was dumbfounded when he learned that President Duterte came to the defense of the policemen despite the findings of the NBI showing that the killing of the mayor was a “rubout.”

“It really surprised us. The President’s statement rebuffed the findings of the NBI. He (President Duterte) still believed in the version of the police,” he said.

“I do not know where we are heading if we have a President who preempts investigations and set aside a probe conducted by an office under the secretary of Justice whom he appointed because he has full trust and confidence,” he added. 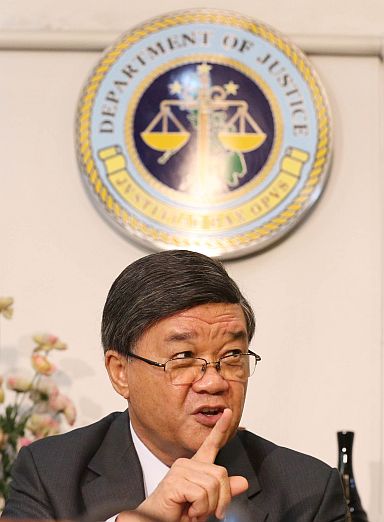 Villarino said Justice Secretary Vitaliano Aguirre should talk to the President and explain to him the NBI findings.

“It’s up to Secretary Aguirre to convince the President that the investigation conducted by the NBI must be respected. And the President should listen carefully to the secretary of Justice. It’s difficult to come up with an equation when the President says something that is contrary to what his alter ego says,” the CHR investigator explained.

Villarino expressed fear that the DOJ, which will resolve the case filed by the NBI against the policemen who killed Mayor Espinosa, will bow down to pressure from President Duterte.

The problem with the current justice system, he said, is that the DOJ secretary was appointed by the President.

Villarino said what the public can hope now is for the DOJ to act independently.

“We still believe that the DOJ can do its job independently and resolve cases based on the evidence presented to them. We give them the benefit of the doubt that they can act independently and will not bow down to any statement given by the President,” he said.

The CHR, Villarino said, will continue investigating other cases of alleged extrajudicial killings despite President Duterte’s pronouncement supporting policemen linked to the death of Mayor Espinosa.

So far, the CHR-7 is looking into 172 cases of alleged extrajudicial killings, most of which involved policemen.

Of the number, at least 40 cases are now being formally investigated, wherein the respondents were required to submit their counter-affidavits to refute the allegations.

“No matter what the state would do to the complaints we file, we just have to continue working. If we feel that the cases will be arbitrarily dismissed, we won’t be discouraged. Let the public decide whether the action of DOJ is right. Will we be demoralized if the cases we file won’t prosper? No. It would even encourage us to do more,” he said. 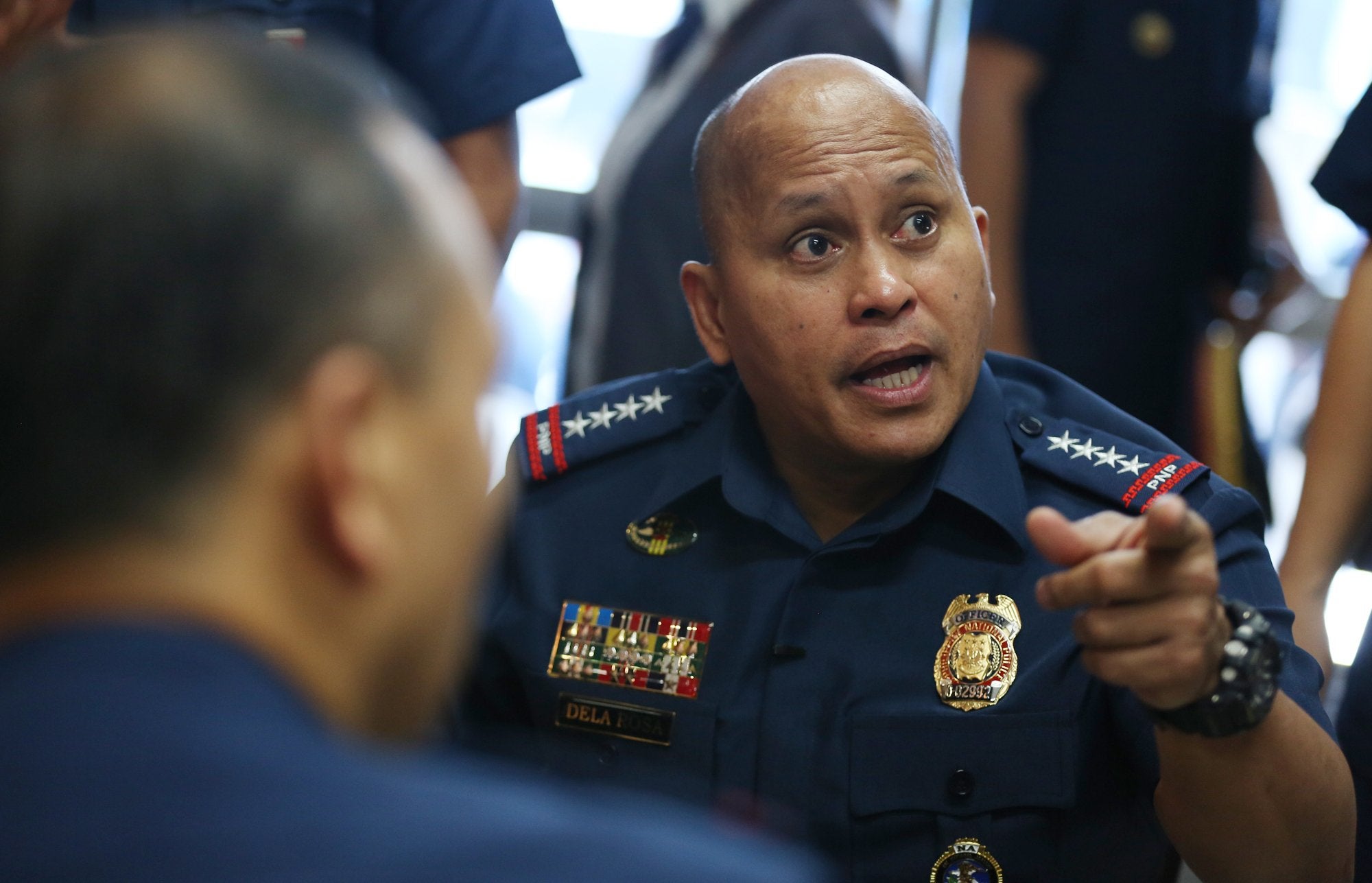 Philippine National Police chief Director General Ronald dela Rosa has revealed he ordered the relief of Marcos as CIDG-8 head last Oct. 15 since he wanted to investigate the police official amid reports that the latter was receiving drug payola. But Duterte asked Dela Rosa to reinstate Marcos on the same day the police colonel was relieved.

Two weeks later, Marcos led a team in an operation that led to the death of Mayor Espinosa and another inmate, Raul Yap, inside the sub-provincial jail in Baybay City in Leyte.

Last Dec. 2, Duterte explained that he sought for the reinstatement of Marcos as part of the continuing investigation into the police officer’s drug links. He said he later found out that Marcos was tainted and should face the charges against him.

But in a sudden turn of events, Duterte yesterday said he will support Marcos and the other policemen who were charged with multiple murder before the DOJ in relation to Espinosa’s death.

Read Next
US video curators choose between Maine and Liza