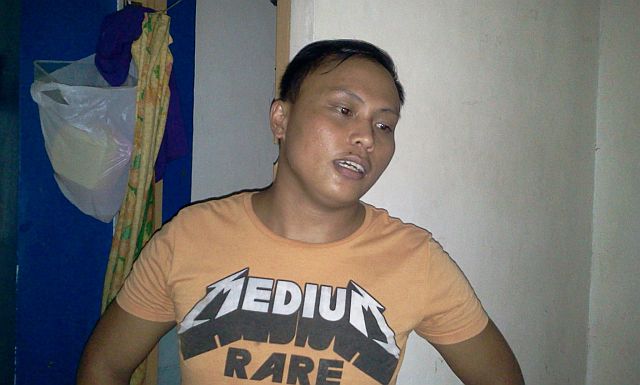 SEVERAL patients and their watchers and some medical personnel of a private hospital in Barangay Pajo, Lapu-Lapu City, were taken hostage by a man who was under the influence of drugs past 9 a.m. yesterday morning.

The man was identified as Ale Manguntra Mama, 33, married and a native of Marawi City but temporarily residing in Barangay Gun-ob, Lapu-Lapu City.

PO3 Rudy Janagap, investigator of Hoops Dome Police Station, revealed that around 9:05 a.m., the suspect entered the Our Lady of the Rule Hospital, grabbed the 9mm service firearm of lady guard Nesi Angco, 28, and ran towards the second floor.

Angco immediately called for police assistance and later followed the suspect upstairs, where Mama was holding the patients, guardians and medical personnel inside the ward.

Janagap also learned from Edalia Mama Salem, 26, the younger sister of the suspect, that her brother suddenly entered to the room where her child was admitted for suspected dengue and aimed a gun at her, then pulled the trigger but it didn’t fire.

The suspect went out and a burst of gunfire was suddenly heard. It was learned that the suspect was cocking the firearm when it accidentally fired.

When the SWAT police arrived, they called on the suspect to surrender.  The suspect did not resist arrest. He immediately threw the firearm and surrendered to the police.

Police recovered from the suspect the 9mm pistol with four live bullets and one spent shell and a knife measuring five inches.
The suspect, who is a tricycle driver, said he got mad at his sister who allegedly prevented him from going home to Marawi City. “Gusto na ko mouli aron makalikay sa shabu kay hapit nako duha ka tuig diri (I want to go home to avoid shabu as I’ve been here for almost two years),” said Mama.

He admitted that he was high on drugs during the incident.
CDN tried to ask for a statement from the hospital through Dr. Mike Ouano of the Human Resource Department but was referred to lawyer Alrey Ouano from their legal office, who thanked the police for their immediate response. He assured that the hospital is taking strict measures for the safety of their clients.