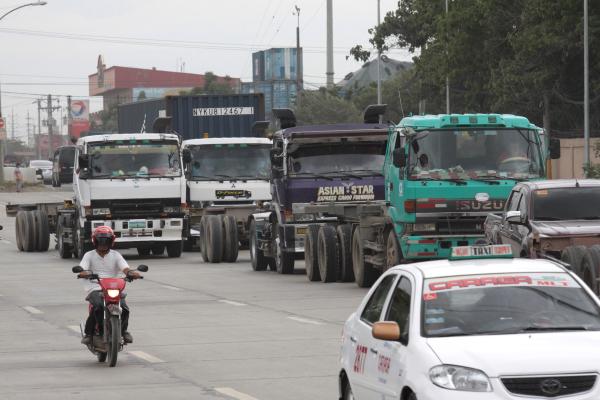 Davide said even Mandaue City and Lapu-Lapu City have their own truck ban schedule in place.

But he admitted that a truck ban as proposed by Rep. Samsam Gullas of Cebu’s first district in the province could not be implemented easily.

Davide said local governments should cooperate and traffic hotspots should be identified for starters and a truck ban schedule should be worked out.

“I think it’s a nice idea. Mandaue is enforcing as well as Lapu-Lapu, I think, and other Metro areas. We just need to coordinate, to identify which part of the province has heavy traffic. It should be studied thoroughly, but we are amenable to it,” he said.

Davide noted that other factors that contribute to worsening traffic are the few alternative roads as well as narrow roads, the increasing number of vehicles and the lack of discipline among drivers.

“That’s it, we lack alternate roads and we need to widen the existing ones because there are already way too many vehicles. That is in addition to discipline,” he said.

At present, the Cebu provincial government is considering a trans-axial highway project, which includes a 280-kilometer highway that would link Daanbantayan town in Cebu’s northern tip to Santander town in the south.

Read Next
Drug suspect killed in shootout with police