Is there peace and order? 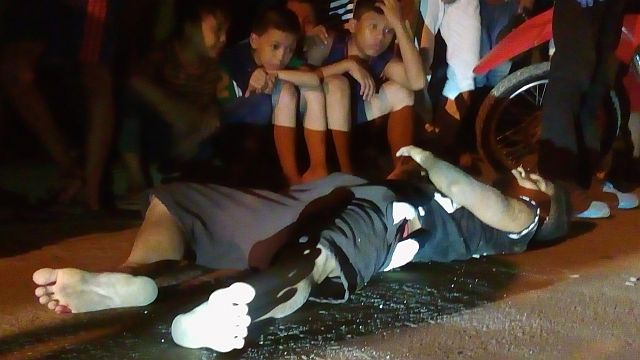 For eight years, Liza Saballa has been working in Hong Kong as an overseas Filipino worker (OFW) to provide for the needs of her family in Cebu.

“Naningkamot ko aron makaeskwela ang akong mga anak. Buot nako sila tagaan og maayong kaugmaon (I am doing my best so I can send my children to school. I want them to have a bright future),” she said.

But last July 24, at around 2 p.m., Saballa received an unexpected call from one of his three children in Cebu City.

The 46-year-old single mother was told that her eldest son, Judeniño, was killed in a police operation in their place in Barangay Guadalupe, Cebu City.

According to the Guadalupe police, Judeniño was a drug pusher and robber who tried to engage the operatives in a shootout, prompting them to retaliate.

Judeniño, 25, suffered gunshot wounds on his head and chest. He was rushed to the hospital but was declared dead on arrival.

His mother was dumbfounded when she heard the news.

“Wala ko kasabot sa akong gibati. Dili ko makatuo nga namatay ang akong anak. Monas-ginhawa nako og pagpanrabaho aron mabuhi ang akong anak, unya gisayon-sayon lang nila og patay. Pagkasalbahis ning mga tawhana (I didn’t understand what I felt. I could not believe that my son is dead. I worked so hard to provide for my children’s needs and just like that, the police took the life of my son. These people are just too cruel),” Saballa told Cebu Daily News through Messenger.

Although based abroad, Saballa said she knew her children were never into any illegal activities.

Her father has been taking care of her children from the time she separated with her husband years ago.

Judeniño dropped out of college due to financial constraints.

The police said Judeniño was responsible for a robbery incident in Cebu City and was on their drugs watch list.

But Saballa denied the accusations leveled against her son. She said there were witnesses who saw how the police intentionally killed Judeniño while repairing a motorcycle outside their house in Barangay Guadalupe.

Saballa believed the police are pressured to kill even innocent people so that they will have something to report to their bosses.

In trying to please the government, she said, policemen sacrificed her son.

“Nakauyon man ko sa campaign against illegal drugs. Gani nibotar man ko ni Duterte niadtong election (I have nothing against the government’s anti-illegal drugs campaign. In fact, I voted for Duterte in the last elections),” she said.

“Apan wala nako damha nga mamatay ang akong anak tungod sa mga pulis nga bakakon. Nagpabilib lang na sila aron motaas ang ilang ranggo(But I did not expect my son to die just because of these cops who lie to impress their superiors so that they will be promoted),” she added.

Even before he won the country’s presidency, Rodrigo Roa Duterte boldly announced his plan to eradicate illegal drugs by all means — a campaign promise supported by hundreds of thousands of Filipinos fed up with rampant crime.

On one occasion, he said 100,000 people would die and numerous bodies would be dumped in Manila Bay that the fish would grow fat from feeding on them.

Of 54.36 million registered voters in the May 2016 polls, 16 million believed in him and entrusted to him the presidency. 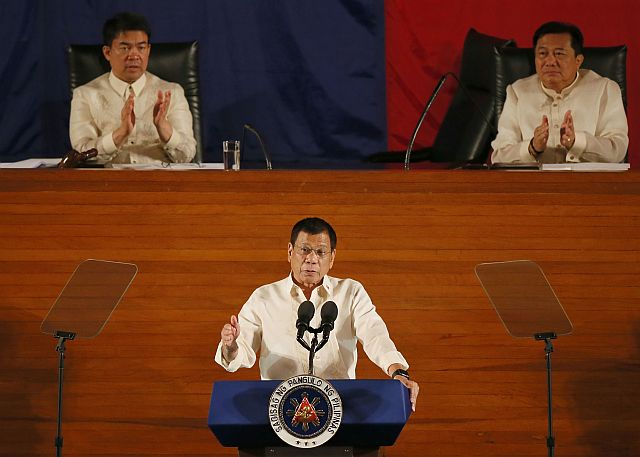 At noon of June 30, Duterte assumed his post. And from then on till December 14, 2016, a total of 2,102 drug suspects, like Judeniño, were killed in alleged legitimate police operations nationwide; while 3,993 others were gunned down by unknown assailants, data from the Philippine National Police (PNP) showed. Meanwhile, 40,932 drug suspects were arrested in the country.

In Central Visayas, 149 drug suspects were killed in alleged shootouts with policemen, and at least 219 others were gunned down by so-called vigilantes. Since the government launched its relentless campaign against illegal drugs, 4,306 drug suspects were arrested in different police operations in the region.
At least 8,000 grams of shabu (methamphetamine hydrochloride) valued at P99 million were seized and 4,565 drug cases were filed in court.

Some 91,856 drug users and pushers surrendered to police precincts in the region at the onset of Oplan TokHang or Toktok Hangyo, a police door-to-door anti-drug campaign where suspects are asked to surrender and sign documents renouncing their drug-induced life.

Notably, the number of surrenderers in Central Visayas is way higher than the 8,000 people listed in a drug watch list of the Police Regional Office (PRO-7).

NEXT: The Philippine National Police (PNP) in Central Visayas believes that their efforts are bearing “positive results”.