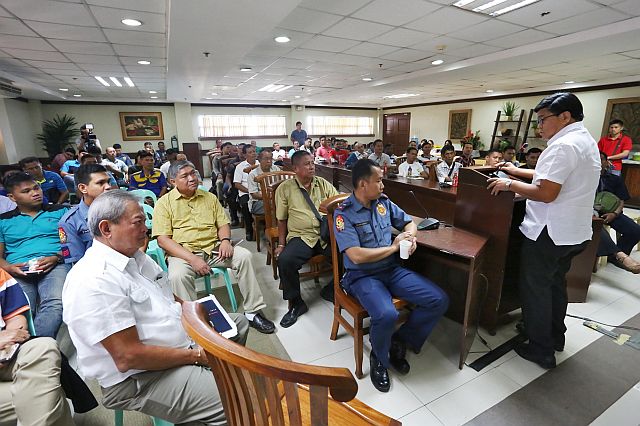 CUTTHROAT competition, lack of adherence to laws, and lack of strict monitoring were among the identified problems hounding security agencies in Cebu City.

These concerns were raised by representatives of around 60 security agencies and the Philippine National Police (PNP) during a meeting with Acting Cebu City Mayor Edgardo Labella in City Hall yesterday.

“There are good requirements under the law. But as to how it is implemented, I think it is not enough. I urge everyone to implement efficiently the law,” Labella said.

Under Republic Act 5487 or the Private Security Agency Law and its Implementing Rules and Regulations (IRR), security guards should undergo drug testing and neuro-psychiatric exams every six months.

But some representatives of the security agencies admitted that this is not religiously followed while others who took the exam would use private clinics for the tests.

Labella, who cited this practice as prone to abuse, said the PNP should conduct these tests to ensure that that guards really passed them.

Labella said the Supervisory Office for Security and Investigation Agencies (SOSIA), the Police Regional Office (PRO-7) unit tasked to look over security agencies in Central Visayas, should be more involved in these concerns.

Aside from these issues, the security agencies also cited among their concerns longer work hours for security guards and the around 200 to 300 security agencies based in Cebu City, including those based outside the region.