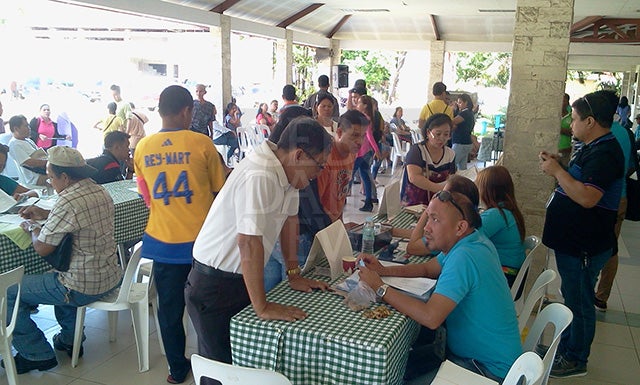 Business owners are urged to process their permits ahead of the deadline to avoid a 25 percent surcharge and 2 percent interest per month of delay. (CDN FILE PHOTO)

OWNERS of business establishments in Lapu-Lapu City are encouraged to process the renewal of their business permits on or before Jan. 20.

Lapu-Lapu City Treasurer Elenita Catag-Catag said that they should process these on or before the deadline or they would be charged with 25 percent surcharge and 2 percent interest per month.

Catag-Catag made the call as the Lapu-Lapu City government started processing business permits since last Monday.

She said that the city government, however, would be expecting at least 12,000 permit renewals this year because there were only a little more than 12,000 businesses that renewed their permits last year.

Catag-Catag said taking into account the number of closures of small medium enterprises, 12,000 would be expected this year.

“We hope that we will have more business renewals and new businesses this year as Lapu-Lapu City has developed more each year, but we just can’t predict the increase,” said Catag-Catag.

She also said that businesses in the city had been religiously paying their dues to the city government.

She said only a few were penalized last year for late and non-payments.

She also said that it would only take a few minutes for the clients to process their business permits at the One-Stop-Shop provided the requirements are already be complete upon submission.

The requirements, such as the building permit, fencing permit, set back and other pertinent documents must be ready.

Mayor Paz Radaza said she was in her office last Monday with the opening of the One-Stop-Shop to accommodate business taxpayers and that many if not all could renew their business permits before it closes on January 20.

“We will continue to focus on inclusive growth, which means, whatever they do in the service of the Oponganons, must result in their people benefiting from progress and development,” said Radaza.