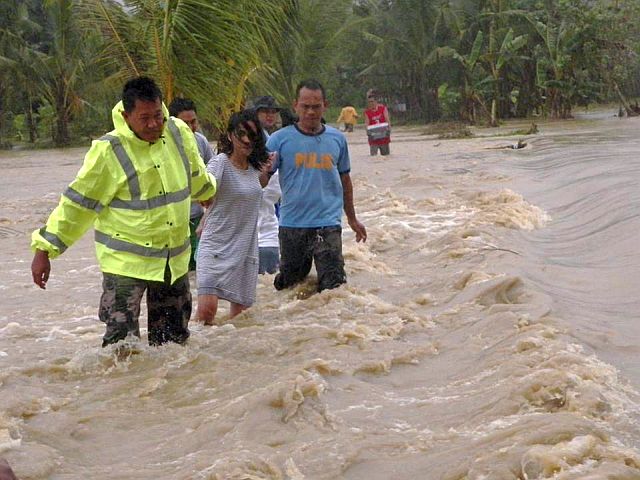 One killed, hundreds displaced in Toledo

The rains she brought were mostly moderate, though unceasing, while her winds gusted at only 75 kph; but the strength of tropical depression “Auring”, though weakened on Monday, left several villages in Toledo City, southwest of Cebu in disarray with reports of chest-deep floods, landslides and even a casualty.

At around 8:30 a.m., “Auring” left 15-year-old Hannah Bea Villaflores dead in Barangay Landahan after the teenager reportedly lost her balance while frolicking in the rain as waters gushed into the village from a nearby mountain.

“She slipped and her head was hurt. When she lost her balance, she was washed away by flood,” Toledo City disaster risk reduction management officer Alexander Abella told Cebu Daily News.

Reports reaching Landahan barangay captain Edwin Baugbug, however, said the victim was carried by the strong water current of a creek while trying to rescue a five-year-old neighbor who was drowning.

By day’s end, the head of the Provincial Disaster Risk Reduction and Management Office (PDRRMO) Baltazar Tribunalo Jr. said that apart from Villaflores, there were no other casualties reported.

However, PDRRMO counted more than a hundred homes in Sitio Kalubihan, Barangay Sangi, submerged in deep floods, with around 3,018 residents affected by the floods, according to Sangi barangay captain Eduardo Bacalso who blamed poor drainage in the area for the floods.

Affected residents were evacuated to the barangay hall and the Sangi Elementary School, said Bacalso.

Meanwhile, Barangay Kapitan Claudio remained isolated and inaccessible to vehicles due to the water surge, according to PDRRMO.

Aside from the villages of Sangi and Kapitan Claudio, the rains brought heavy floods in Barangays Cang-bang-og, Carmen, Canlumampao, Matab-ang, Poblacion, Magdugo and Luray 1.

Residents from these barangays took shelter at the Barba Sports Complex in Poblacion while waiting for the waters to subside.

Each box contained 6 kilos of rice, six cans of sardines, six cans of beef loaf and a dozen sachets of coffee.

As of 4 p.m. on Monday, 300 families were evacuated in schools, chapels and barangay halls, said Tacandong.

Minor landslides were also reported in Barangay Matab-ang where a road remained impassable as of 3 p.m. yesterday.

A clearing operation was underway. There were no reported injuries.

A team was sent out to the Transcentral Highway traversing the southwest area while the two others were assigned to cover Carcar City up to Barili town, and Argao to Ronda, southern Cebu. 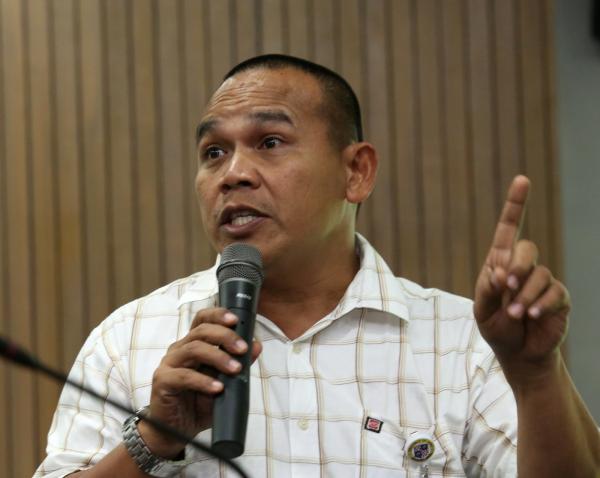 At 4 a.m. Monday, the tropical depression fell over Ubay, Bohol, but dissipated as it neared Cebu, turning into a low pressure area (LPA) with maximum winds of up to 45 kph.

But the moderate to heavy rains that it brought were enough to leave several barangays in southern Cebu submerged in water, according to the PDRRMO.

At Capitol, Cebu Gov. Hilario Davide III called on people to be always prepared even before a typhoon hits their area. “We continue to pray and prepare,” he said.

There are over 502 sitios in Cebu rated as “high” and “critical” areas for rain-induced landslides and flooding based on MGB’s geohazard map.

Because of the presence of the LPA, Cebu will continue to experience light rains.

Pagasa expects the sun to be out by tomorrow, Wednesday.

The sun’s brief sojourn is expected to last for only two days as more light to moderate rains are expected by Pagasa beginning Friday because of the northeast monsoon (Amihan).

Another LPA, which is moving towards Japan, is also set to enter the Philippine Area of Responsibility (PAR) on Friday; however, Tabada said this will not affect Cebu.

“Cebu on January 14 and 15 will experience light rains because of the northeast monsoon (Amihan),” Tabada said.

Claps, shouts of joy and sighs of relief were heard from the stranded passengers after the departure personnel of shipping companies announced the resumption of sea travels in Cebu City.

“We didn’t have proper rest because there were a lot of stranded passengers. It was hard for us, especially because we don’t have a house here,” said Cris Cotacte, who arrived in Cebu early Sunday morning from a vacation in Bukidnon, Northern Mindanao. 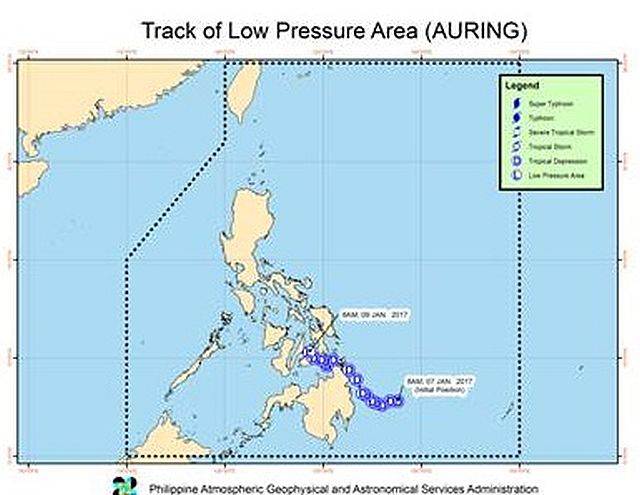 Instead of going home to Tubigon, Bohol, he and his son found themselves spending the night in an open waiting area at Pier 3, while trying not to mind the cold weather.

Arsenia Infiesto, 64, and her husband Raymundo, 67, were stranded at the Cebu port since Saturday night, when a boat trip back to Mindanao was canceled due to bad weather.

The Infiestos told Cebu Daily News that they had to scrimp on food to make sure that they would have enough money for a bus fare to Bukidnon once they arrive in Cagayan de Oro.

“God had mercy on us. Paise God that we’ll be able to go home,” Arsenia said in Cebuano following the announcement that their vessel could now sail.

Commander Dionlett Ampil of the Philippine Coast Guard (PCG) Cebu Station said that sea travels resumed at 10 a.m. on Monday except for boats bound for Samar, Leyte and Davao Oriental because of the gale warning.

“In case the gale warning is lifted, then we will allow vessels going to these areas to resume operations,” Ampil said.