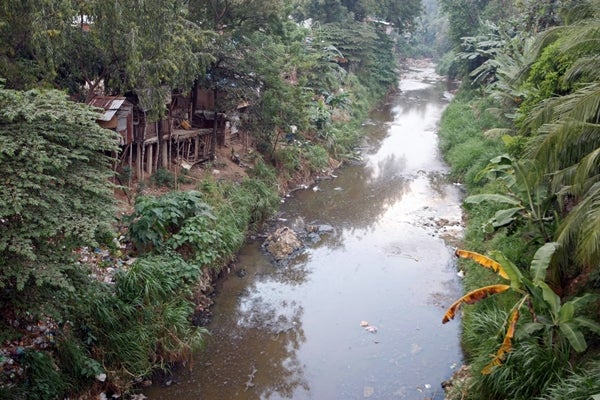 The Butuanon river in Mandaue City overflowed around 8 p.m. on Monday. Residents however still refused to evacuate their houses. (CDN FILE PHOTO)

The Local Disaster Risk Reduction and Management Office (LDRRMO) of Mandaue City is urging residents living near the Butuanon River to be vigilant and watchful for the possible rise of the water level in the river.

LDRRMO head Felix Suico Jr. said that the river overflowed around 8 p.m. on Monday, causing nearby houses to be swamped.

“Around 14 to 20 houses were affected. Nibaha sa mga kabalayan (The houses were swamped) with about 2 to 3 feet of water from the elevation of their flooring,” Suico told Cebu Daily News.

During their clearing operations last night, the residents were recommended to evacuate to the relocation site located in Barangay Paknaan but the families insisted on staying.

“But should the river water rise further later, we will force them to evacuate,” Suico said.

A fiber glass boat is now on standby in the area for emergency purposes.

Suico reminded the public to keep on monitoring weather updates and initiate self-evacuation at the onset of severe weather disturbance.