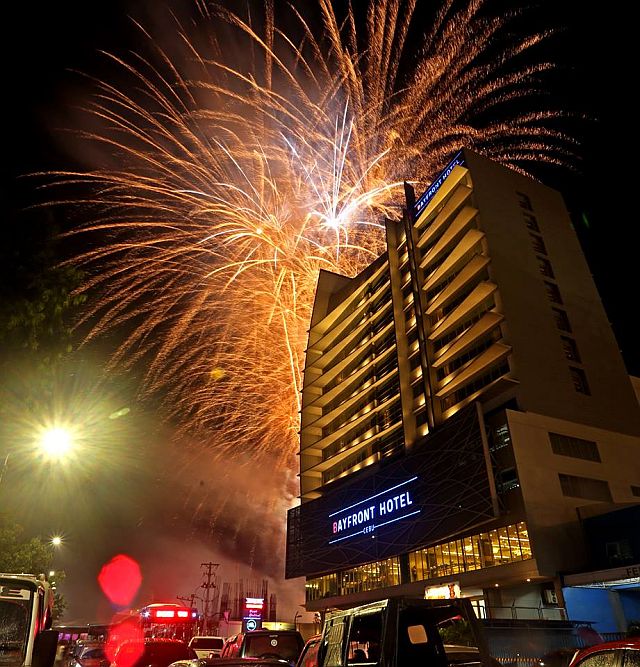 Spectators were treated to a light show at the SM City Cebu. (CDN PHOTO/LITO TECSON)

GSS Fireworks won the competition, with Flash Fireworks of Valenzuela City coming in second and Bermuda Fireworks of Sta. Fe, Bulacan, rounding out the top 3.

The board of judges included Rodell Mayor Fuenca, president of the Philippine Folk Dance Society; Chris Millado, artistic director of the Cultural Center of the Philippines (CCP); and Josefina Guillen, chairperson of the National Commission for the Culture and the Arts (NCCA).

Pyroworks International president Brian Lim said this year’s crowd numbered at least 1,000, which is “even larger than last year.”