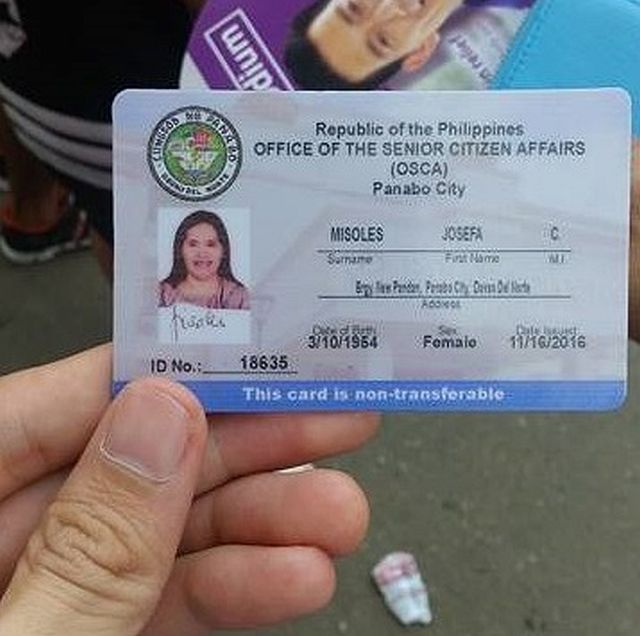 This woman was reported lost by her relatives on Sunday morning. (CDN PHOTO/DOMINIC YASAY)

A group of out-of-town Sinulog spectators is looking for a senior citizen who was separated from them while moving through the crowd along P. Del Rosario Street outside the Cebu City Sports Complex on Sunday morning.

Julie Dacay said that she and her five other companions were supposed to buy food when they noticed that her elder sister, 61-year-old Josefa Misoles, was not tailing behind them anymore.

The group came all the way from Davao City and it is their first time to grace the Sinulog festivities.

Misoles was wearing an off-white blouse, shorts and slippers. The group lost her in the crowd at around 9:30 a.m.

Senior Inspector Alvin Llamedo, sector commander of the police team manning the stretch from P. Del Rosario Street to the corner of Sikatuna Street and Imus Avenue, said he has already communicated the incident to other sector commanders so they could track Misoles.

Read Next
Police on peace and order situation for the Sinulog grand parade: So far, so good