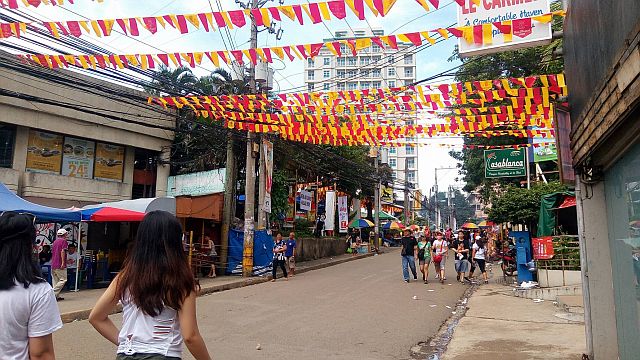 The crowd along Juana Osmeña are still relatively sparse as of 11:40 a.m. (CDN PHOTO/IZOBELLE PULGO)

Unlike in previous years, police noted fewer people along Juana Osmeña, which is known as the street-party center every Sinulog.

P/SInsp. Porferio Gabuya of the CCPO, sector head of the area along Baseline Restaurant in Juana Osmeña street, Cebu City, said that as of 11:40am, no Sinulog-related incidents have been reported in the area so far.

At present, Gabuya said that crowd status in area at the moment is “moving” and that he would peg the crowd estimate at around 1,000 since this morning.

Noting that the crowd in the area are still relatively sparse, Gabuya explained that they are expecting high crowd concentration and people to come in troves after the Sinulog Grand Parade or at around 5 p.m.

With the area known as the playground of Sinulog party-goers, Gabuya reminds revelers that drinking liquor along the streets is strictly prohibited.