PLAN B for Miss U swimsuit competition 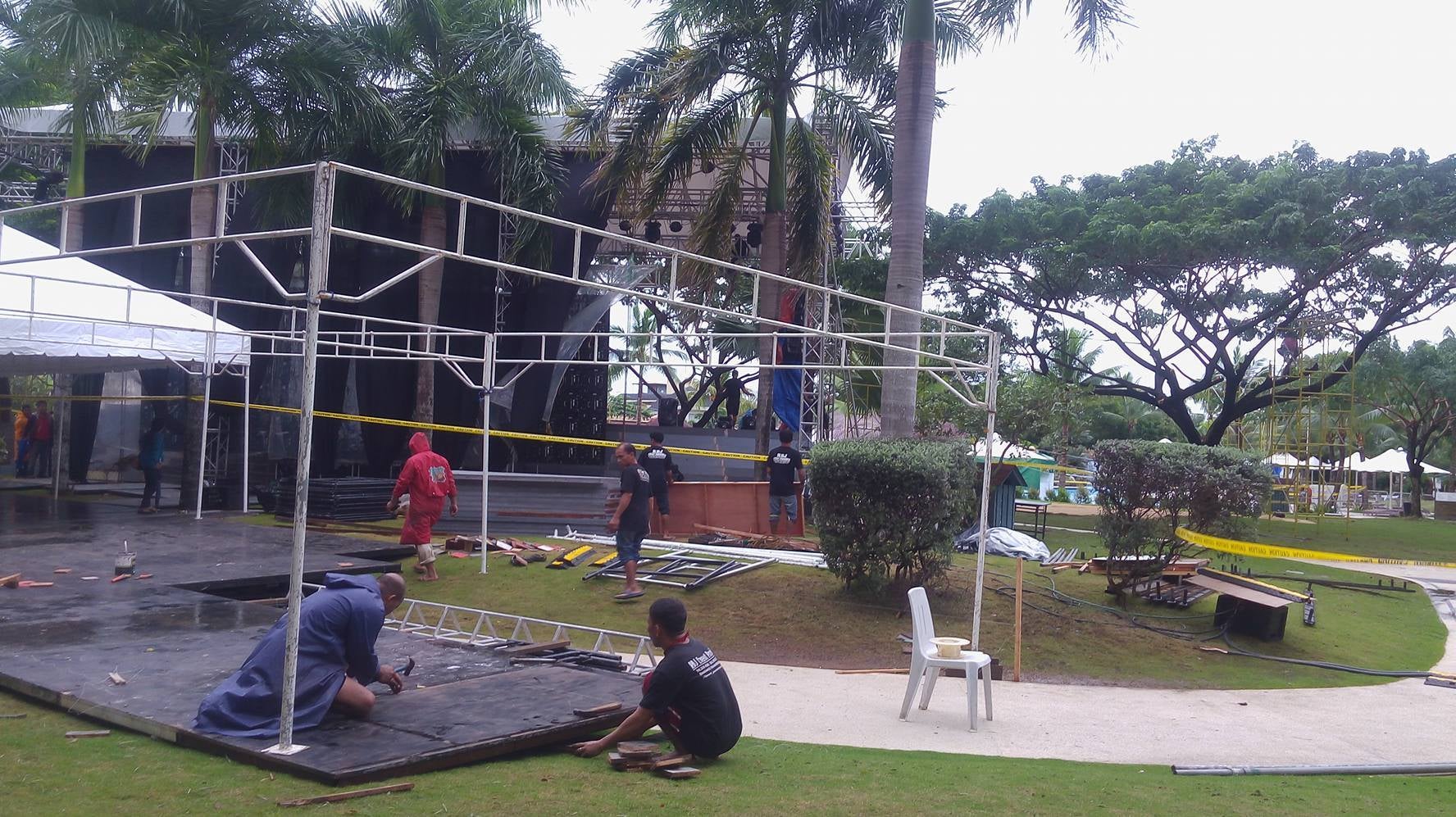 Some personnel from Jpark Island Resort and Waterpark Cebu, working on the stage erected at the Abalone garden. (CDN PHOTO / APPLE TAAS)

If the rain does not stop, there is a “PLAN B” for the Miss Universe swimwear competition, tomorrow.

In a press briefing held at Jpark Island Resort and Waterpark Cebu, Monday, Arthur Lo, corporate liaison officer, said that if the rains do not stop hours from now, the venue for the event will be moved indoor.

As of Saturday, two stages had been erected at the resort’s Abalone garden meant to serve as the runway for the 87 Miss Universe candidates.

“We have been preparing for Miss Universe for two months and if the rain persists, we have to make a decision to transfer it to indoor,” said Lo.

The hotel’s Triton Ballroom, which can accommodate 600 people, is being eyed as the alternative venue for the swimwear presentation.

A technical team began to move LED screens into the ballroom, to prepare for contingency in case the bad weather persists.

However, if the sun does shine on Tuesday, the swimwear presentation will be held outdoor, as planned, at the Abalone garden.

Ren Orao, Jpark marketing executive announced last Saturday that the Miss Universe candidates will arrive in two batches as early as 6 a.m. for the first batch followed by the next batch at 8 a.m. Tuesday.

Miss Universe 2015 Pia Wurtzbach who is set to relinquish her crown to her successor on January 30, will be arriving on board a private plane, with former Ilocos Sur governor, businessman Chavit Singson.