Will Maxine Medina ask the help of an interpreter? 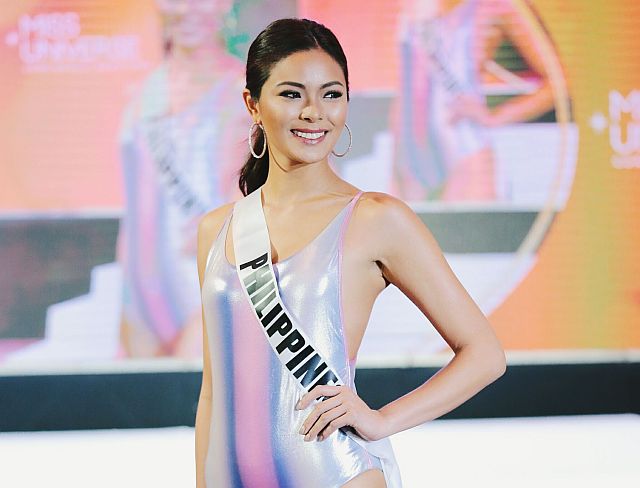 GIVING her best shot at the Miss Universe crown, the Philippines’ bet Maxine Medina has been getting all kinds of advice and tips, especially after pageant observers noticed what seems to be a weakness—her lack of eloquence when expressing her thoughts in English.

Days before the coronation night, people are weighing in if Maxine should get an interpreter for the question and answer portion of the competition.

There are fears that if she does, she may lose her chance to make it to the top 15, and therefore fail to give a back-to-back victory for the Philippines.

Earlier, during her send-off press conference, Maxine announced that she will be using the English language for the Q&A portion.

But as former beauty queens have stepped in, telling her otherwise, Maxine said she might consider using Tagalog for the Q&A and get an interpreter as per the latest interview of the country’s bet to Miss Universe.

“Wala namang masama kung magta-translate tayo, and I’m here to win. I will request if I have to,” she said in an Inquirer interview.

Former beauty queens Miss Universe 1999 first runner-up Miriam Quiambao and Miss Universe 1969 Gloria Diaz are just two of those who have
advised Maxine to get an interpreter.

On January 30, reigning Miss Universe Pia Wurtzbach is set to relinquish her crown to her successor at the coronation night to be held at the Mall of Asia Arena.

By: Doris C. Bongcac
Must Eats