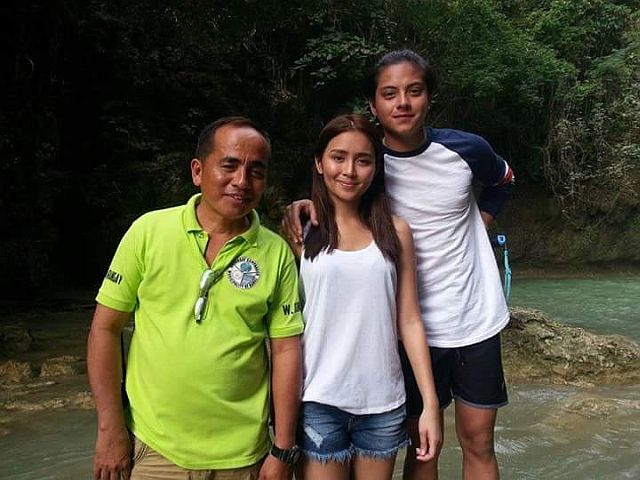 DIVING in the crystal blue waters of Moalboal located in the southwestern tip of Cebu was only the start of the adventure of Kathryn Bernardo and Daniel Padilla for their upcoming film, “Can’t Help Falling in Love,” under Star Cinema.

Fans of the Kapamilya loveteam, “KathNiel” expressed their excitement online after seeing Kathryn and Daniel for the first time, as they continued shooting the film in the towns of Barili, Argao and Dalaguete.

Based on the photos, the timeline of the loveteam’s travel around South Cebu went from Cabana Beach Club Resort in Moalboal on Sunday to visiting the hidden Mantayupan falls, located in Barili town, around 30 kms from their first location.

Photos of the two granting photo opportunities with their fans immediately broke online.

And just yesterday morning, another set of pictures were uploaded on Facebook showing Kathryn and Daniel in the plaza of Argao town for the film’s shoot. 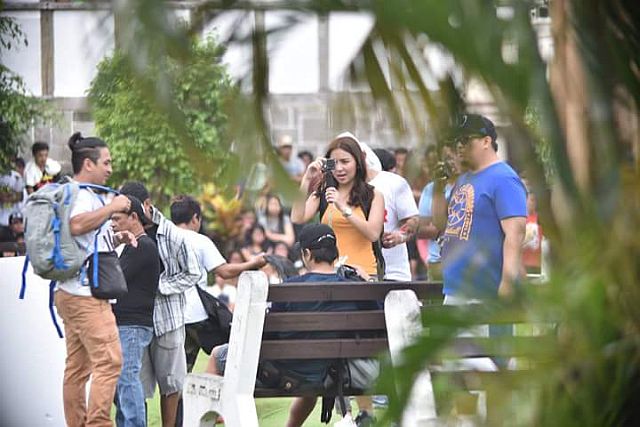 In a photo uploaded by Cebu Hipster on Facebook, as Kathryn and Daniel were taping some scenes on the town’s plaza, people were seen crowding the area to get a glimpse of their idols.

At around 5 p.m., the same Facebook page uploaded a photo of the Kapamilya loveteam on top of one of the highest peaks in the island, the Osmeña Peak located in the mountain area of Dalaguete town. 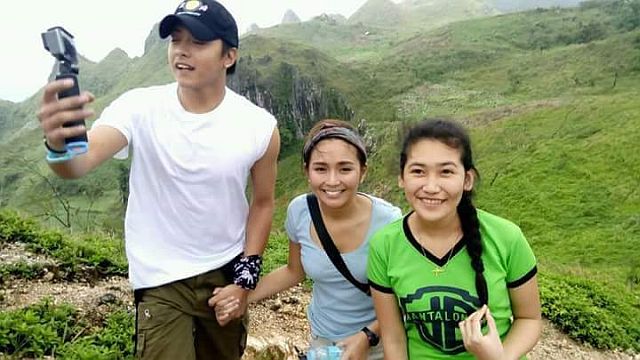 “Can’t Help Falling In Love” is under the direction of Cathy Garcia-Molina.

It’s going to be KathNiel’s first movie project this year after last year’s blockbuster hit “Barcelona: A Love Untold.” The two will also be returning to the Kapamilya primetime nights as leads of “La Luna Sanggre,” the third installment of ABS-CBN’s hit fantaseryes Lobo (2008) and Imortal (2011).