Trump dumps heritage and the arts 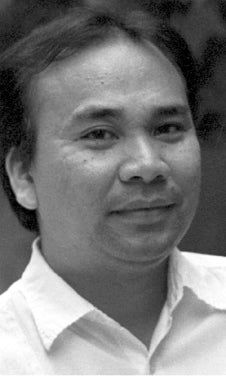 The times are a-changing for the US. And, boy, will these changes cause ripples all over the world.

As expected the era of an ultra-conservative president leading the world’s most powerful nation, the United States, would start on a feisty note. Never mind those millions who marched the streets of every major city in the US and other parts of the world on the day of his inauguration last Monday.

True to form America’s 45th president, the billionaire come-from-behind candidate Donald Trump has hit the ground running by demolishing whatever gains were made by his predecessor in the world arena as well as at home.

According to media reports, the decisions on budget cuts affecting these two agencies will mean the end of millions of dollars in grants to thousands of art historians, archaeologists, artists, independent filmmakers, actors, performers, creative agencies museums and performing arts groups in America (including the production of “Sesame Street”).

There are online petitions now being posted by the NEH and the NEA, which are also shared to other groups like the World Archaeological Congress of which I am a member. These are without doubt bad times for archaeology and historic preservation as these twin tasks vital to a nation moving faster into the future that ought to know its past and make sure these are preserved for the future.

One of the beefs against the NEH and the NEA by ultra-conservatives in Pres. Trump’s Republican Party, which now controls both houses of Congress, is the independence exercised by these agencies, resulting in documentaries, performances, independent films and art works that ruffle conservative sensibilities.

But these are extremes that are minuscule compared to the wealth of art and other creative works that have been produced, presented or curated with funding from these two agencies.

Worse, the budget slash, amounting to about $300 million from the NEH and NEA, is not even a droplet in the $1 trillion debt that the US owes creditors, foremost among which is China. In comparison, the cost of building a wall at the US-Mexican border (over one that already exists in parts of the same border)—a Trump campaign promise—has been pegged at $38 billion.

There have been attempts in the past to slash the budget of the NEH and NEA through Congress.

But this is the first time that a sitting president, one barely days in office, has been accused of tinkering with government support for the inducing and recognizing creativity. These are indeed bad times for the arts and the humanities in the US. And Trump has only just begun.