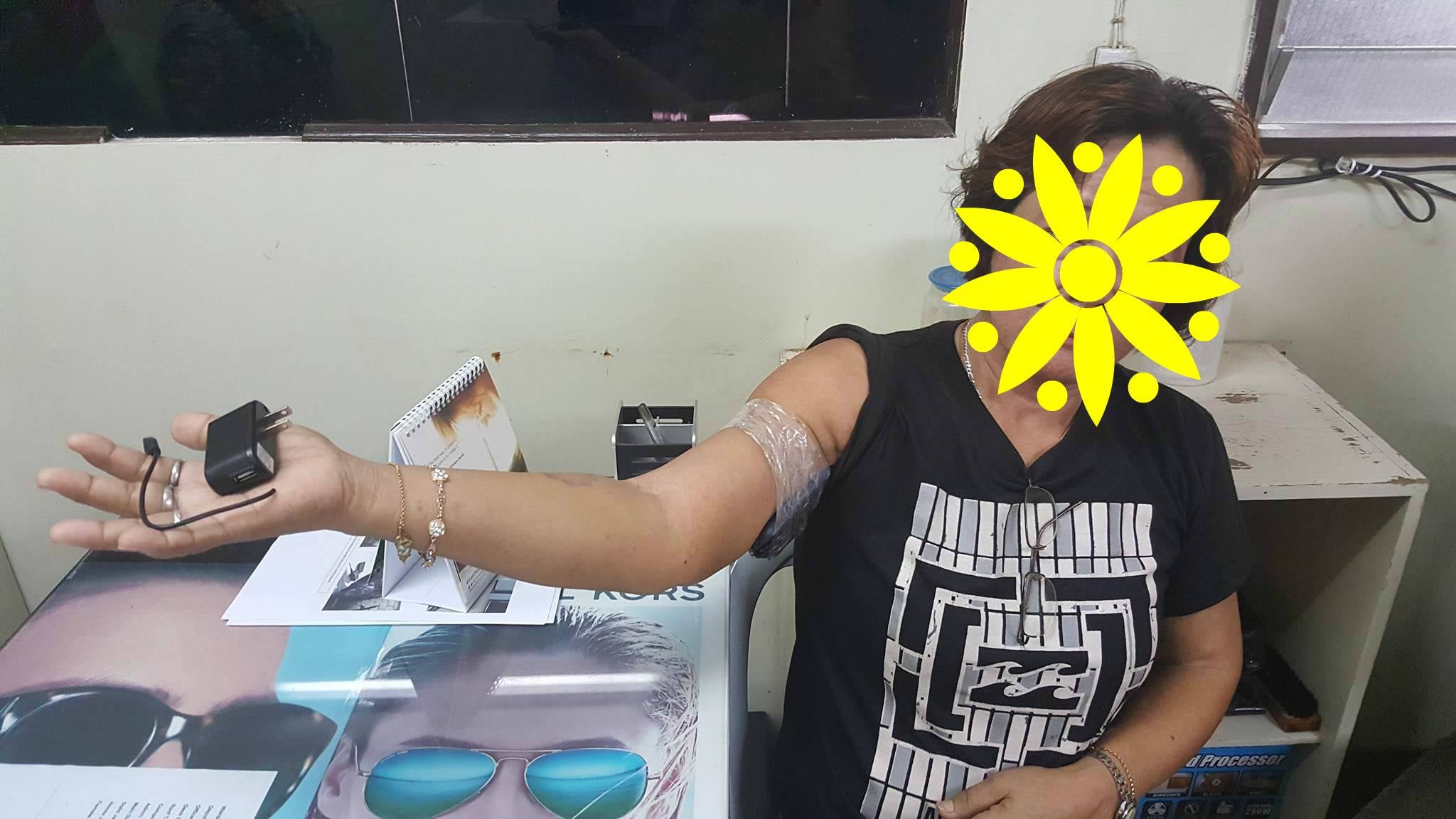 JO1 Maria Lyrra Bandoquillo found the cellphone taped on the right arm of Thelma Jopia during a body frisk made prior to her entry at the Mandaue City Jail on Saturday morning. Photo courtesy of BJMP Mandaue

CEBU CITY—A female visitor was arrested on Saturday morning after she was caught attempting to sneak in a mobile phone inside the Mandaue City Jail.

Thelma Jopia, 50, wrapped the cellular phone on her left arm, near the armpit, with an adhesive tape, while the battery was hidden inside her bra.

Jopia, a resident of Barangay Casili in Mandaue City, was visiting a relative past 10 a.m. when JO1 Maria Lyrra Bandoquillo, who was manning the jail’s female frisking area, noticed the cellular phone on her arm.

Saturday is visiting day at the Mandaue City Jail.

Bandoquillo said Jopia would be charged with violation of City Ordinance No. 13-2014-907 that “prohibits the sneaking, using and carrying of mobile phones and other electronic communication devices inside the Mandaue City Jail.”

Violators face imprisonment and a fine of P5,000.

Vice Mayor Carlo Fortuna, who posted a copy of the report of the Bureau of Jail Management and Penology (BJMP) on his Facebook page on Saturday afternoon, said the arrest should serve as a “fair warning to all who dare smuggle illegal or prohibited items inside the Mandaue City Jail.”

“You will be searched, seized and locked up and be a part of the over populated prison whose inmates live like sardines,” said Fortuna on FB.