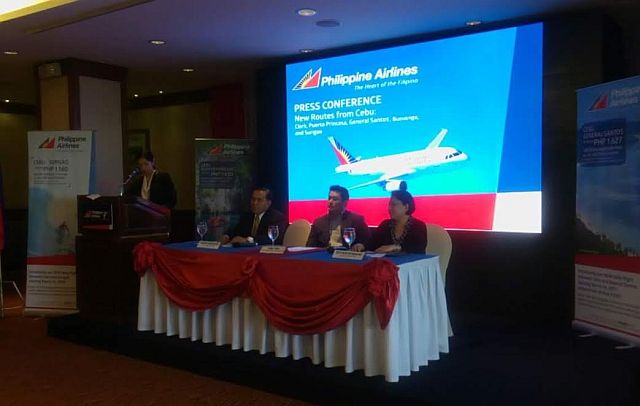 An official of the Department of Tourism in Central Visayas (DOT-7) welcomed the opening of new domestic routes from Cebu this year, saying these are just as important as international flights.

DOT-7 Director Catalino Chan III said that even domestic routes greatly benefit foreign visitors as these will make connecting to other Philippine destinations from Cebu easier.

“This is a very welcome development. Tourists usually would like to travel fast, especially because they only stay here for a while. The more you have connections to other places directly, the better it is for the (tourism) industry,” he told Cebu Daily News in a phone interview.

Among the international destinations PAL serves from Cebu are Singapore, three points in Japan, Los Angeles, Incheon in Korea, and Chengdu in China just recently.

Chan said domestic routes from Cebu would complement the international routes that have been opened here.

“For example, we have additional direct flights from China to Cebu. With the opening of more domestic routes from Cebu, these Chinese tourists will also be able to go to these destinations easily,” he said.

The tourism official said there should be no competition among local destinations because they are all in the Philippines and the more tourists travel around the country, the more beneficial it would be for the economy.

More domestic routes to and from Cebu, he added, will address the problem of inter-island connectivity that makes traveling a hassle.

Cebu will greatly benefit from this development since it is the service center, with tourists staying here for two to three nights before moving on to somewhere else in the country.

He added that this will also address congestion problems at the Ninoy Aquino International Airport in Manila, as visitors can now easily fly in and out of Cebu from their countries of origin.

Edilberto Mendoza, president of the Cebu Association of Tour Operators (CATO), said connectivity has always been the industry’s main problem even before.

“This is because we are composed of islands. With the addition of more flights from Cebu to the rest of the Philippines, we will be opening more doors for domestic tourism and this is actually good for the economy,” he said in a text message.

According to tourism statistics, 1.57 million domestic tourists visited Cebu from January to September 2016, which was more than the 1.38 million foreign tourists recorded during the same period.

Mendoza said this development will not only be beneficial to tourists, but to business as well since more connectivity can help make the movement of goods and products across the country easier.

In Central Visayas, 2.32 million domestic tourists were logged in the first nine months of 2016 while only 1.68 million were foreign visitors.

Harry Inoferio, PAL senior assistant vice president for sales, said the airline is primed to continue investing to sustain Cebu’s position in the tourism arena as well as allow travelers to fly with convenience.

During the launching of PAL’s new domestic routes last week, Inoferio said there is a bright future waiting for the relationship between Cebu and Central Luzon with the opening of a direct flight to Clark.