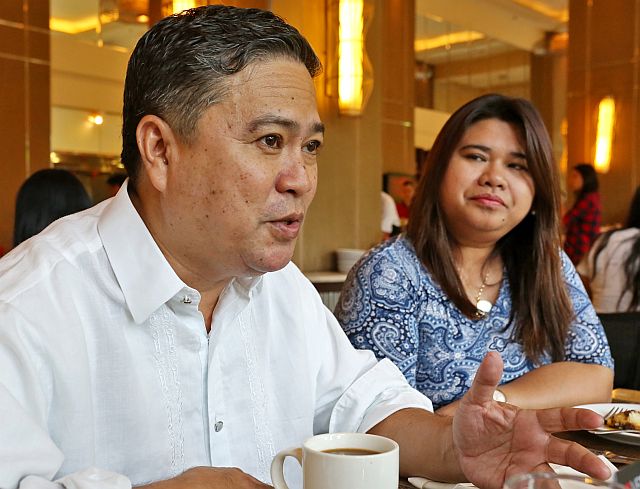 Even after 25 years, a homegrown real estate developer still finds Cebu as an attractive market due to its booming economy and largely unserved low-cost segment.

While Primary Homes, Inc. (PHI) has already expanded to Bohol and plans to launch projects in Dumaguete City in Negros Oriental this year, the strong demand for affordable housing in Cebu remains.

“The demand is still here. The revenues are here, and Cebu is the richest province in the whole Philippines,” Ramero Espina, PHI vice president for sales and marketing, told Cebu Daily News in a recent interview.

Cebu province collected revenues of P3.09 billion in 2016 and posted a net worth of P28.53 billion as of November last year, making it the richest province in the country, according to the Commission on Audit (COA).

Separately, Cebu City was tagged as the fifth highest-earning city government in the Philippines with P7.216 billion in revenues in 2015, only trailing behind Quezon City, Makati City, Manila, and Pasig City.

As such, Cebu and Davao (sixth) were the only cities outside Metro Manila to make it on the list by COA.

PHI, which is Primary Homes, Inc. and not Primary Holdings Inc. as earlier stated in a Jan. 11, 2017 CDN report, is celebrating its silver anniversary in 2017.

The firm is also primed to spend more than P5 billion until 2020 for 10 projects in Central Visayas set to be launched this year.

Espina said he is still optimistic about the Cebu market even with PHI’s existence of more than two decades due to the largely unserved low-cost market for housing.

According to the Housing and Land Use Regulatory Board (HLURB), 1.9 million of the 5 million present housing backlog in the Philippines are spread out across the Visayas alone.

Espina said PHI saw this need as an opportunity to achieve its vision of becoming a leader in real estate in the region.

He said he is also bullish on the growth of Central Visayas considering the 6.8 percent growth of the national economy in 2016, with real estate among the main drivers of growth in the fourth quarter of the year.

With Cebu at the center of the whole country, he said it is expected that any economic growth in surrounding areas will also positively affect the province.

PHI will invest P3 billion in six projects in Cebu alone, while the rest of its capital will go to a house-and-lot project in Dumaguete and two mid-market subdivision projects in Bohol.

Combined, these two projects outside Cebu will bring 500 additional housing units to the company’s inventory.
In Cebu, particularly, the developer is set to introduce the 260-unit Brentwood on Mactan Island in March this year, which will be the first garden walk-up condominium in Basak, Lapu-Lapu City, Cebu.

Espina said the project, estimated to cost P400 million, will rise on a 1.3-hectare property fronting Gaisano Grand Mall and within a short distance from the Mactan Doctors Hospital, five-star beach resorts and the Mactan-Cebu International Airport (MCIA).

He said they are now on the pre-selling stage with 25 percent of the units already sold, mostly to local investors.

Interest from the Japanese and Korean market to own and live in the unit has also grown, he added.

Completion is expected three years after the launching, which is the usual schedule for all PHI projects, said Espina.

The developer was also expected to bring the Courtyards concept to Talisay City, which will have 250 units on a 2.5-hectare property, as well as a 100-unit house-and-lot project somewhere in Minglanilla.

The Courtyards development is a signature mark of PHI, infusing walk-up flats and open courtyards with manicured gardens.
PHI has the Courtyards at Brookridge, introduced only last year, and Courtyards at Banawa, which was launched in 2014. Both are already 95 percent sold and sold out, respectively.

Espina said they are also planning to build a low-cost house-and-lot project on a 10-hectare property in northern Cebu, with 800 units costing P1.3 to P1.5 million each.

The company will also launch a 50-house pocket-sized subdivision in Talamban, Cebu City as well as two mid-market house-and-lot projects in Lapu-Lapu City with 200 units all within this year.

Read Next
Linking Cebu to islands