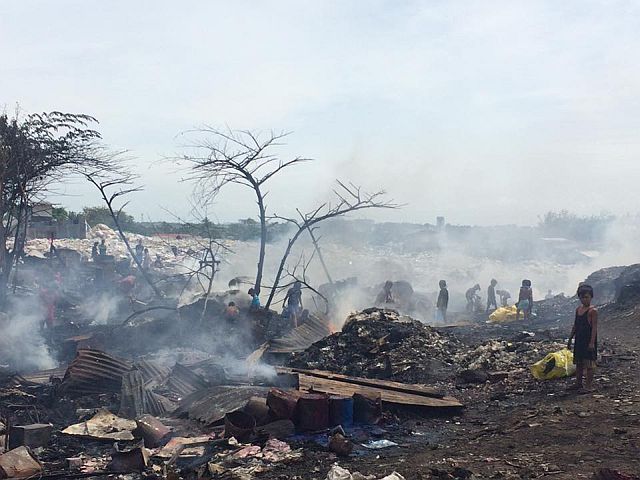 CEBU CITY—Fire destroyed 11 structures inside the dumpsite in Barangay Umapad in Mandaue City on Friday morning.

No one was reported hurt in the fire that broke out at 9 a.m., said Umapad barangay captain Nelson Rubio .

Initial investigation showed that the fire started after a resident left the garbage that he was burning unattended.

The fire was declared under control at noon.