Iraqi forces launch push to retake western Mosul from IS 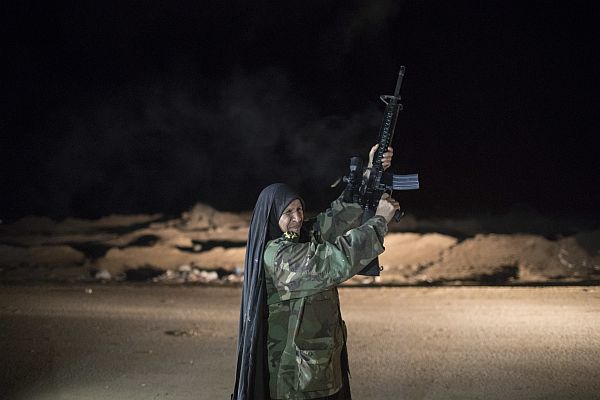 A woman fires to the air at a Popular Mobilization Units base south of Mosul, Iraq in this Nov. 20, 2016 file photo. Iraqi troops on Sunday fortified their positions in Mosul neighborhoods retaken from the Islamic State group as their advance toward the city center was slowed by sniper fire and suicide bombings, as well as concern over the safety of civilians.
AP Photo

BAGHDAD — Iraqi forces have launched an operation to retake the western half of Mosul from the Islamic State group.

Iraqi Prime Minister Haider al-Abadi announced the start of the operation early Sunday morning on state television, saying government forces were moving to “liberate the people of Mosul from Daesh oppression forever”, using the Arabic acronym for IS.

Southwest of Mosul, near the city’s IS-held airport, plumes of smoke were seen rising into the sky as coalition aircraft bombed militant positions. Further south at an Iraqi base, federal police forces were gathering and getting ready to move north.

Iraqi forces took control of eastern Mosul last month, but the west remains in the hands of entrenched extremists. /AP