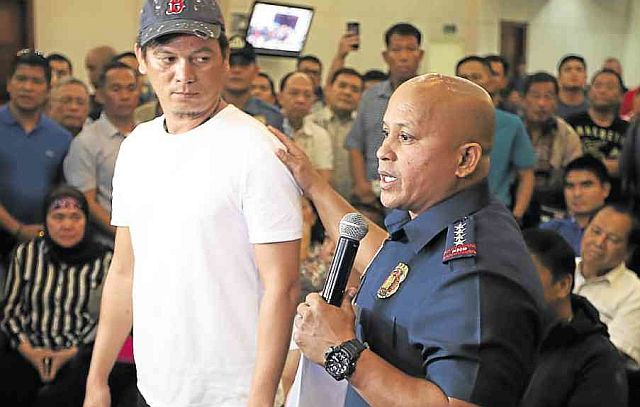 The Court of Appeals (CA) issued a freeze order on the bank accounts and properties of suspected drug lord Franz Sabalones.

This was confirmed by Philippine Drug Enforcement Agency (PDEA-7) Director for Central Visayas Yogi Felimon Ruiz during the 888 News Forum on Tuesday morning.

Ruiz said they received a copy of the freeze order on Monday.

He said the freeze order is in relation to the investigation conducted by the Anti-Money Laundering Council (AMLC).

“So far siya (Sabalones) pa (issuehan order). But there are other candidates (drug personalities). Isa-isa lang kay konti lang kami (So far the freeze order was just for him. There are still many others but we’re taking it one person at a time because of our limited number),” Ruiz told reporters.

Sabalones, a native of San Fernando town in southern Cebu, is the brother of the town’s vice mayor, Fralz Sabalones.

He has been under the custody of the Philippine National Police (PNP) in Camp Crame after he surrendered on August 7, 2016.

Read Next
How to avoid burning your precious car