Davide hits back at Garcia 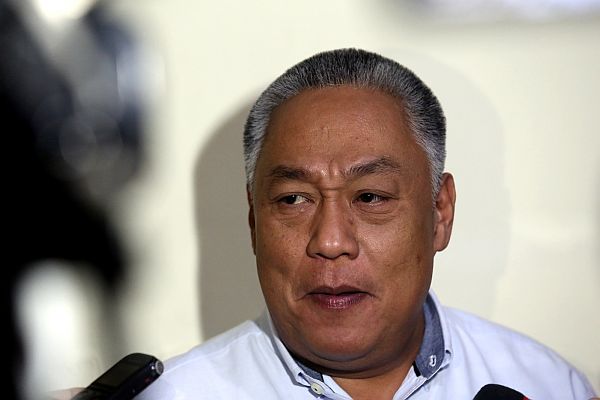 The blunt remark came from no other than Cebu Governor Hilario Davide III betraying any attempt at hiding his displeasure with Cebu Rep.

Gwendolyn Garcia (3rd District) who again took the Congressional floor to lash at Davide’s alleged ineptness at keeping things in order at the Cebu Provincial Detention and Rehabilitation Center (CPDRC).

Garcia, a former governor of Cebu, sought a House inquiry on Wednesday over a Philippine Drug Enforcement Agency Central Visayas (PDEA-7) surprise operation inside the provincial jail which had inmates strip naked during a body search.

In a privilege speech at the House of Representatives, Garcia turned the blame on Davide for ordering the raid.

“The CPDRC under Governor Davide has become fodder for bad press; from epic jail to epic fail, I grieve with my fellow Cebuanos for its glory is but a distant memory,” Garcia told the House, referring to the time when CPDRC inmates gained worldwide recognition for its “dancing inmates.”

She said the public, including human rights advocates, should know that it was not President Rodrigo Duterte but Governor Davide who ordered the raid.

In a talk with reporters on Thursday, Davide again clarified that while he requested for the greyhound operation last month, he did not issue an order for the inmates to be stripped of their clothing.

“She’s getting all the facts twisted. One may ask, is she still on the habit of reading the news? PDEA-7 already made a statement through the regional director nga ang decision sa (that the decision of) stripping of inmates was deemed necessary for the protection of both the jailers and the prisoners,” the governor said.

Davide said that although he did not order the stripping of the inmates, he supported the security measure.

Garcia’s latest tirade was her second against Davide before her colleagues at the lower house for the governor’s alleged incompetency.

September last year, Garcia also delivered a speech before the House of Representatives seeking a Congressional inquiry, in aid of legislation, into what she called as gross mismanagement and administration of the CPDRC after raising before Congress “deeply troubling and frustrating developments” at the jail.

On Wednesday’s speech, Garcia said she believed that the illegal drug trade inside the CPDRC continued to flourish as shown by the number of contraband seized by agents of PDEA-7 during the surprise inspection.

Sought for comment, Davide laughed off Garcia’s claims, saying that he does not have any problem with Congress investigating the incident which is also now being investigated by the Commission on Human Rights (CHR) and Department of Interior and Local Government (DILG) in Central Visayas.

(I am willing to face what she is calling as the interest of Cebuanos. I will tell the Congress what the Garcias did to the money given as donations to CPDRC inmates.)

Ruiz said it was him, not Davide, who instructed the inmates to remove their clothes to ensure the security of the raiding team.

“Yes it was Governor Davide who ordered the surprise inspection. But it was my decision to let the inmates remove their clothes. The blame should be on me, not on the governor or President Duterte,” Ruiz said. Ruiz, however, maintained that they never violated the rights of the inmates. He said PDEA-7 is willing to be investigated by any agency.

Ruiz clarified that only the male inmates of CPDRC were asked to remove their clothes.

“The female detainees were just frisked by female agents of PDEA and were asked to stay in one area far from the male detainees,” he said.

Ruiz said the search was done in a peaceful and orderly manner and did not degrade the dignity of any of the prisoners.

He also defended Davide, saying the governor has been serious in cleaning the CPDRC from illegal drugs.

“I’m just concerned why it has to come to this point. I believe there’s a bigger agenda behind all these malicious insinuations against us,” he said.

Asked if it had something to do with politics, Ruiz said, “Unsa pa man diay (What else could it be)?”

Detainees were asked to remove their clothes and stay at the facility’s open-air quadrangle as the agents, with the help of police operatives and members of the Armed Forces’ Central Command, searched the belongings and rooms of the inmates one by one.

The Commission on Human Rights in Central Visayas (CHR-7) is conducting an investigation to determine whether or nor the rights of the inmates were violated.

Read Next
Labella to barangay captains: Be calm