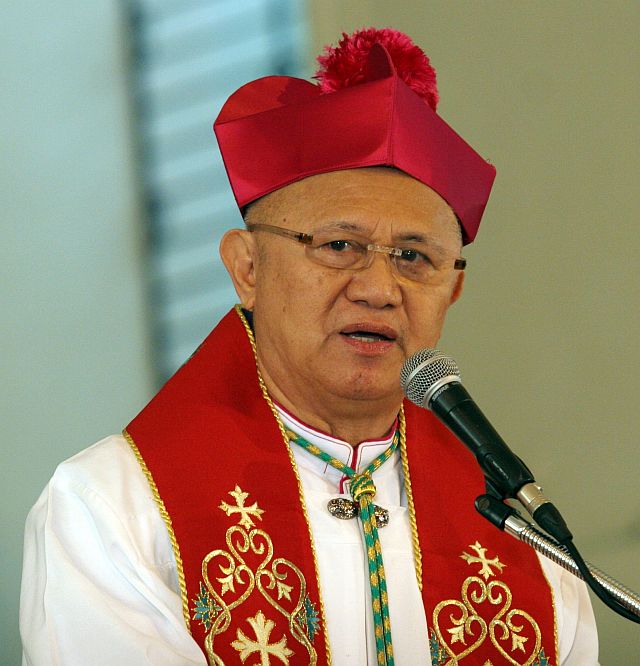 Cebu Archbishop Jose Palma ordered all priests in the archdiocese not to join the Oplan Tokhang or any anti-illegal drugs operations of the police.

In yesterday’s press conference, the 66-year-old prelate said taking part in police operations is beyond the clergy’s mandate.

“I will not allow priests to join in Tokhang operations. That is not the area of our calling. I’m very sorry to say that while Tokhang may have started with the best of intentions, it has (now) rather gained unfortunate or bad reputation,” he said.

“If a member of the Cebu clergy would want to join the Tokhang, I will tell him no. My answer is no,” Palma said.

Under “Oplan Tokhang”, policemen knock on houses of drug suspects and ask them to surrender.

To clear suspicions that drug suspects who refused to cooperate were killed, the Philippine National Police invited barangay officials, priests, and members of other religious denominations to join them in the operations.

Palma clarified that the Catholic Church is fully supporting the administration’s war on illegal drugs even if they questioned how it is being conducted.

Since July 1, at least 7,000 drug suspects were killed throughout the country.

Of the number, 2,555 were gunned down in police operations while the rest were killed by unknown assailants.

Although priests are not allowed to join police operations, Palma said lay ministers can if they want to.

“If and when there are some (lay ministers) who feel they are willing to do that, it’s okay,” he said.

The CAPDD replicated two smaller community-and center-based programs that reached out to and help more drug dependents overcome their addiction.

The local church led by Palma forged a partnership with barangay officials, the police, and other agencies of government for the rehabilitation of drug surrenderers throughout the city and province of Cebu.

Since July 1, at least 300 drug surrenderers were cleared of illegal drug use after taking part in the “Surrender to God” and “Lahat Bangon” drug rehabilitation programs organized by Church-based organizations in Cebu.

Palma also expressed dismay over the passage of the death penalty bill at the House of Representatives.

He said there were lawmakers who were guided by their conscience and others who were pressured to support it.

Of 10 Cebu congressional district representatives, eight voted to pass the death penalty bill, one opposed, while another abstained.