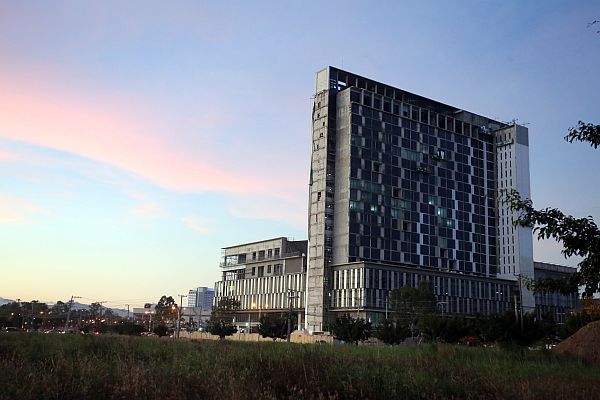 Who can be the next catalysts of growth that will bring the Mandaue North Reclamation Area into the next level of becoming the new business district in Cebu?

Optimistic business owners of establishments in the nearly 200 hectares of prime commercial property are banking on the newer establishments to become the next big spark to spur more developments and more businesses in the area.

“Sometimes, all you need is that big spark. We were among those first big sparks. In the next few years, there will be other developers that will be opening which will have potential to be that spark as well. Everyone’s hoping that those developers can be another set of catalysts,” Neal Carlson Co, president of homegrown shopping center, Parkmall, told Cebu Daily News in an interview.

Parkmall is considered as one of the pioneering commercial establishments in the area.

Co said they were also among the first ones to drive the growth of the North Reclamation Area during their time.

Co confidently claimed that Parkmall was one of the instruments of development in the area, which barely anyone ever noticed 10 years ago.

Officially opened to the public in 2008, Parkmall was the first large commercial establishment to set up shop at the Mandaue North Reclamation Area.

Its contemporaries are the now-defunct Cebu International Convention Center (CICC) of the Cebu provincial government, used in 2006 for the 12th Asean Summit, as well as the Larrazabal-owned Cebu Doctors’ University.

Today, up-and-coming commercial establishments in the vicinity have made this shopping center a reference point when leading customers to their own outlets.

Co admitted that building a mall in that part of the city was both looking at the area’s potential as well as taking a huge risk.

“Mandaue has always had the potential. Since the airport is in Lapu-Lapu City, the only way to cross to other major locations in the province is through Mandaue. In terms of visibility, Mandaue is really that gateway,” said Co.

While the lots at the North Reclamation Area were not considered prime yet, these were big enough to match the Co family’s desire to build a mall with huge open spaces.

Parkmall stands on a six-hectare lot owned by the Mandaue City government and formerly leased to Uniwide.

Other businessmen back then were hesitant to set up shop there because it was presumed unfeasible for business growth.

He said getting to Parkmall on a cab then was difficult because one had to describe its location to the driver in detail first.

There were also no public utility jeepneys plying the route leading to the shopping center, so mallgoers from Mandaue City would ride “trisikads” to get there.

In a span of nine years, Parkmall has grown from having only three tenants to more than 200, with an increase in foot traffic of over 700 percent in that period, and a spike in employment from 20 workers to close to 200.

This year, Co said Parkmall is set to open more stores at its West Strip which operate for longer hours, including a pharmacy and a convenience store, to cater to customers working or staying at hospitals in the vicinity.

It spans 190.687 hectares and covers Barangays Centro and Subangdaku.

The area is a Planned Units of Development (PUD) Zone under the Mandaue City government’s new Comprehensive Land Use Plan (CLUP) and will be treated as central business district.

Co said their partnership with the local government unit is a prime example of how the private and public sectors can work together for the benefit of people living in the locality.

He said that it has been easy doing business with and in the city, considering how close-knit the community is. 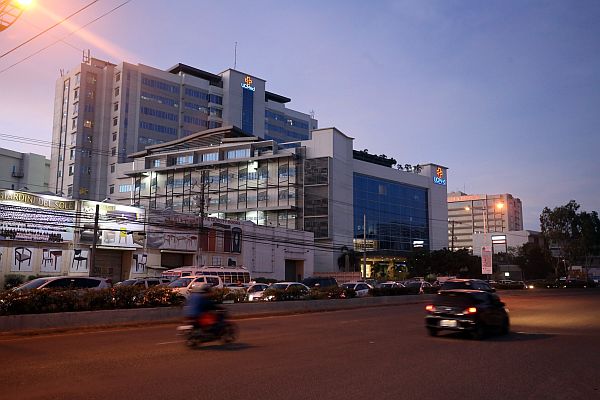 Among the newer establishments at the NRA is the University of Cebu Medical Center (UCMed), which only started operating in May 2015.

Lawyer Augusto Go, UC president and UCMed chairman, said seeing that Mandaue City did not have a hospital of the caliber the new facility aspired to be known for, he found it fitting to fill the gap.

With Mandaue City’s growing population and the economic growth nurtured by the local government, Go said it is the best time to establish the hospital at the North Reclamation Area.

Seen to be a tertiary hospital with a 300-bed capacity, the medical center was built to deliver top quality clinical care as well as affordable and efficient patient-center services through its state-of-the-art facilities and medical staff.

Last March 21, the facility opened its Aesthetic and Reconstructive Surgery Center, the first of its kind inside a hospital in the Visayas and Mindanao areas.

Go revealed that they are set to open another facility in one or two months for cancer, but he could not elaborate.

“Mandaue City will even be greater,” Go said, adding that more people now opt to stay in the city due to the availability of basic services.

Such is the case of the UC-Lapu-Lapu and Mandaue Campus, which is in another part of Mandaue City.

Go cited the dramatic growth in student population from less than 1,000 when it started in the 1990s to more than 15,000 today.

Go also said the hospital’s occupancy is also growing at a healthy rate as well and that the facility’s presence in the area would even encourage more businesses to set up shop there.

Alfred Reyes, vice president for operations and general manager of Bai Hotel, said he believes this part of Mandaue will be the next “Cebu Business District” in the next three to five years due to its strategic location.

“I am very positive. Mandaue is already very progressive and with all these developments sprouting around, I am certain more investments will come,” Reyes said in a separate interview.

Bai Hotel, which will operate under Bai Global Properties LLC Inc., is another homegrown brand at the NRA set to open its doors to the public in May 2017.

The 23-storey building, located in front of the CICC, has a total floor area of 72,000 square meters, and will have 668 rooms, making it the biggest accommodation facility outside Luzon.

It will also feature eight dining venues as well as 12 conference and meeting rooms.

With the influx of tourists in Cebu and the flat growth of room inventories in resorts, Reyes said accommodation establishments in the city were seen to benefit more.

While Bai already has a number of competitors, Reyes said he would rather see them as complements to making all of Cebu an attractive tourist destination.

Reyes also cited the completion of the new airport terminal in 2018 as well as the construction of a third bridge to further drive the growth of tourism in Cebu, which was also seen to have a huge impact on Mandaue, considering its location.

“We are the link coming from the airport. We are also connecting people to the south as well as to the north,” Reyes explained.

Reyes also lauded efforts of the local government to support businesses at the NRA by improving infrastructure in the area.

He said the city government has been working to fix roads leading to up-and-coming developments in the area as well as looking into the traffic situation in the vicinity.

“I really see that the government is focused on supporting locators here,” said Reyes.

Read Next
God in ‘Silence’