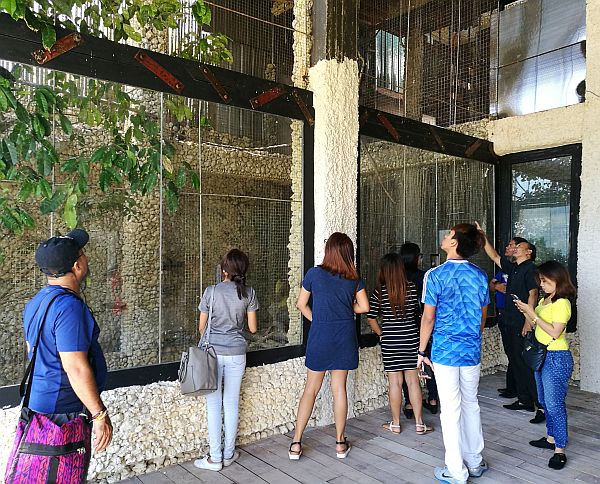 Diners and guests of the Kalaw Resto and Bar in Nivel Hills, Barangay Busay, Cebu City enjoy a walk along the restaurant’s aviary that showcases over a hundred birds from about 30 species.

In an eight-story building in Nivel Hills in Barangay Busay, customers can dine and drink not just with a view of downtown Cebu City but also get to see birds of different species in huge enclosures embedded in the property.

The establishment, Kalaw Resto and Bar, is owned by 56-year-old businessman Chris Ang who intends to replicate this project at the old Compania Maritima Building in partnership with the Cebu City government.

Ang currently has more than a hundred birds from over 30 different species placed in enclosures that vary in height and area depending on whether they are ground birds, mid-flyers or high-flyers, which can reach up to three stories high.

“My passion and my hobby has been on avians ever since I was young,” he told reporters in an interview at his restaurant yesterday morning.

When Ang started constructing the property three years ago, he only had few birds.

Ang said his birds grew in number after he bought a number of them at a cost of P5,000 to P200,000 each. Some were also born in the property since the birds had also nested there.

The property houses four kalaws or rufous hornbill, from which the restaurant is named after. It also has crowned pigeons, lories, lorikeets, parrots, among others. 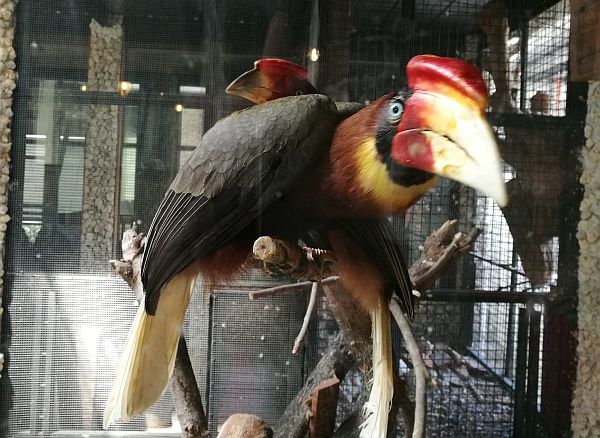 At its entrance, you will also be greeted by a black palm cockatoo and three yellow-crested cockatoos, including Dong Dong, which was born in the area ten months ago.

These four cockatoos greet customers, are tamed and friendly, can be carried by guests and are even game to selfie takers.

Ang has also secured both a farming permit and a breeding permit from the Department of Environment and Natural Resources (DENR) for his birds.

Ang, who is also the vice president of Wei Kiat Management and Development Inc., said they are still in the initial stages of discussion with the city government of Cebu and the Cebu Port Authority (CPA), which both claim ownership of the lot where the old Compania Maritima Building stands.

Ang wants to develop the historic building into a walk-in aviary. 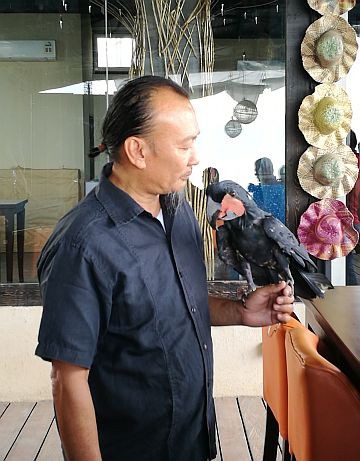 “Once we get approval from City Hall and the CPA, we can start construction. We are ready and prepared,” Ang said.

The first phase of the project, he said, will include the construction of the aviary, a huge enclosure where visitors can interact with and observe the birds in a simulated habitat.

The second phase will involve the development of old Compania Maritima Building and its vicinity into an outdoor café, estimated to cost P200 million.

Ang said there could also be a third phase, which will involve building a hotel in the area.

Cebu City Mayor Tomas Osmeña has earlier said he is willing to enter into a settlement with CPA over the ownership of the six-hectare area.
Ang said he was approached by a friend who knew the mayor.

After Osmeña heard about Kalaw Restro and Bar, he visited it and saw its potential to be replicated in the Compania Maritima lot, Ang said.