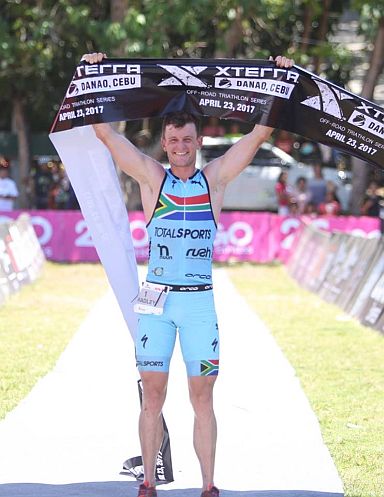 Weiss, who was the champion in last year’s XTerra Philippines held in Legaspi City, Albay finished the race with the time of 3 hours and 16 minutes to top the challenging 1.5K swim, 40K mountain bike and 10K trail run course. Second placer was Sam Osborne of New Zealand (3:23:33) followed by
Kiwi Kieran McPherson with the time of 3:24:27.

Austrian Carina Wasle, meanwhile, topped the distaff side of the pro division with the time of 4:07:49 to beat Aussie Penny Slater (4:36:21) and American Jessica Koltz (5:22:53) who placed second and third, respectively.