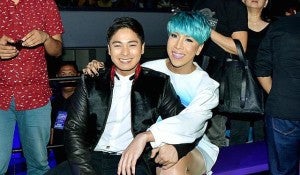 STARS from the Kapamilya network dominated this year’s 48th Box Office Entertainment Awards of the Guillermo Mendoza Memorial Scholarship Foundation, getting the most number of awards.

Vice Ganda and Coco Martin were named Phenomenal Stars of the Philippine Cinema for the box office success of their 2016 movie, “The Super Parental Guardians.”

Coco, who also stars in the long-running primetime show, “FPJ’s Ang Probinsyano,” was also recognized for Breakthrough Performance by an Actor.

His primetime show, which has been extended till 2018, was hailed the Most Popular TV Program Primetime Drama, along with Arjo Atayde named as Supporting Actor of the Year for TV, Supporting Actress of the Year for TV award for Susan Roces, Yassi Pressman as Most Promising TV Actress of the Year, McNeal “Awra” Briguela, as the Breakthrough Child Star of Movies and TV, and Simon “Onyok” Pineda as Most Popular Male Child Performer Kapamilya loveteam Daniel Padilla and Kathryn Bernardo will also be receiving their awards for their 2016 movie, “Barcelona: A Love Untold,” as they were named as the new Box Office King and Queen.

Meanwhile, Kapuso loveteam and “Destined To Be Yours” stars Alden Richards and Maine Mendoza, are the new Prince and Princess of Philippine Movies, respectively for their hit 2016 movie, “Imagine You and Me.”

Breakthrough Performance by an Actor in A Single Program – Coco Martin

Most Popular Loveteam of the Year – Enrique Gil & Liza Soberano