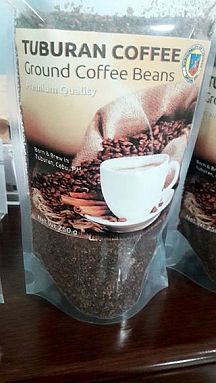 Amid the shortage in coffee production all over the world possibly due to climate change, local stakeholders expressed optimism that there are still bright prospects for the industry.

“Governments should pay attention to the issues hounding the industry and come up with ways to help farmers increase their yield,” he said in a phone interview with Cebu Daily News.

In a bid to become the country’s “coffee capital,” Diamante said his municipal government is now requiring residents to plant coffee through a “plant now, pay later” scheme.

Under this arrangement, residents of the midwestern Cebu town will be given coffee seedlings to plant in their backyards or farms and the local government will buy their produce during harvest.

The mayor added that the Ramon Aboitiz Foundation Inc. (Rafi) was also willing to lend up to 20,000 hectares of farmland until 2020, which he said would greatly help the local coffee industry and economy.

By next year, the government official said they project to produce not less than two tons of coffee beans every month.

What started out as a project under the Department of Environment and Natural Resources’ (DENR) National Greening Program (NGP) in 2011 has now grown into a coffee industry that supports more than 900 farmer beneficiaries working on highland farms with a total area of 2,850 hectares and covers 16 barangays.

After seeing how coffee farming can help alleviate poverty in the municipality, Diamante said he decided to adopt the program and make it more sustainable.

At present, Tuburan can produce 500 kilograms of coffee beans every month, some of which are also shipped to a roasting company in Cavite.

Ma. Elena Arbon, director of the Department of Trade and Industry (DTI) in Cebu, said what they are addressing right now is the low volume of coffee bean production in the province.

Arbon said the DTI is doing capacity development for Tuburan farmers as well as looking at what support it can give in terms of processing equipment and also marketing.

Glenn Soco, president and founder of homegrown coffee shop brand Coffee Dream, said he sees so much potential in the Philippine coffee industry despite present challenges faced by stakeholders globally.

“There is a very big untapped potential for coffee farming here in the Philippines. Our country sits in the coffee belt and we have enough consumption to create the demand,” he said in a text message.

Soco pointed out that the Philippines used to be the third largest producer of coffee in the world, only next to Brazil and Indonesia.

He said there is a need for government to step up in its interventions as well as strengthen its programs necessary to help the local coffee industry grow.

“It is a very good source of livelihood for the farmers and the community,” said Soco.

According to a Bloomberg report, the coffee industry has tapped scientists to find plants more adaptable to a changing climate after an alarming four-year deficit in coffee production.

As quoted by the Inquirer, the report cites that the World Coffee Research Institute is scouring countries for plant varieties and doing experiments to see which plants can survive colder climates and a costly fungal disease.

Christophe Montagnon, a geneticist and lead researcher of the project, said the effect of a warmer planet due to climate change is that only regions with colder climates “will remain arable.”

While the demand for coffee has boomed to an “all-time high,” current production levels are unable to keep up due to “deforestation, abnormally high temperatures, a lack of precipitation, and disease,” with some factors possibly linked to climate change.

The Philippine Coffee Board Inc. cites that the Philippine market for coffee is high, with a demand of 100,000 tons per year.

The Philippines is one of the few countries that can produce four main coffee bean varieties, namely Robusta, Arabica, Excelsa and Liberica (or Barako).