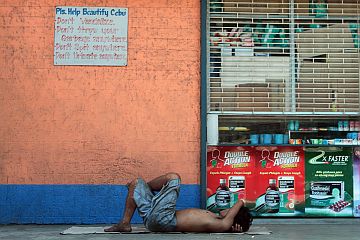 With many mentally ill people on the streets and few facilities to cater to them, the Cebu City Council wants the city government to establish its own mental health institution.

In an approved resolution, the City Council is requesting the mayor’s office to appropriate an area and to allocate funds for the construction of a shelter of a mental health institution for the homeless and mentally ill individuals.

During the council’s regular session last week, Cebu City Councilor Margarita Osmeña questioned aspects of the proposal especially the practicality of having the shelter built in Barangay Guba, which is far from the city proper.

But Pesquera explained that it is okay to have the shelter built there because the city already has a satellite hospital in the same barangay.

Osmeña also asked for more details on the proposal like an actual and specific plan as to who will manage it.

“VSMMC already has a facility, but it is very small and they need a better place. If this will be implemented, it can be under the CCMC together with the VSMMC,” she said.

“Providing secure, long-term housing or shelter was seen as an essential first step to treating homeless people with severe mental illness by the previous members of the Cebu City Anti-Mendicancy Board (CCAMB),” read the resolution.

As of now, the CCAMB has still not reconvened following the review on special bodies of Cebu City as instructed by Mayor Tomas Osmeña.