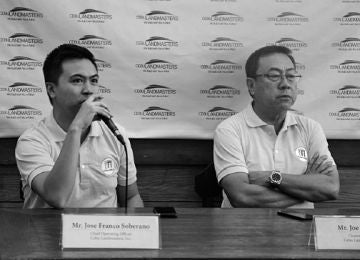 The homegrown developer, founded by property veteran Jose Soberano in 2003, will offer 505 million shares and another 75 million as over-allotment option, proceeds from which will fuel the company’s expansion plans in the Visayas and Mindanao area.

“The IPO goes hand in hand with our expansion plans in VisMin, so we are thankful to all who have supported us during this process. We look forward to a positive market reception when the symbol ‘CLI’ becomes part of the main board on June 2,” CLI senior vice president and chief operating officer Franco Soberano told Cebu Daily News in a text message.

The offer will be from May 19 to 26, with the listing of shares set on June 2. Public roadshows will be held in Makati Shangri-La on May 17, Cebu City Marriott Hotel on May 18, and Marco Polo Davao on May 19.

Proceeds from the IPO will be used mainly to cover land acquisition and development costs for new and ongoing projects in VisMin, according to the company’s prospectus.

“We are excited to bring Cebu Landmasters to the market at this price. Demand was strong with several well-respected funds committing to the vision of the Soberano family,” said Ed Francisco, president of BDO Capital & Investment Corp., the issue manager and joint lead underwriter as well as bookrunner with BPI Capital Corp., in a statement.

Francisco added that the company built an excellent business that serves as an example to any entrepreneur aspiring to go public, pointing out that the move was a direct play on the VisMin growth story and that the organization was poised to deliver on its goal to be the leading real estate developer in VisMin by 2020.

“Our books are fully covered, but we will set aside shares for retail to come in during the offer,” Francisco said.

Reggie Cariaso, senior managing director of BPI Capital Corp., added that “the strength of the demand and the high quality investors attracted to Cebu Landmasters’ IPO demonstrates the exceptional property development business the Soberanos have built over the past decade.”

Sales stood at P2.18 billion while operating profit was pegged at P849.7 million, translating to a CAGR of 61.47 percent and 116.82 percent, respectively.

The developer has 13 projects under different stages of development and construction as well as six more projects being planned for development in the near future.