Police: Resort World gunman a gambling addict, not a terrorist 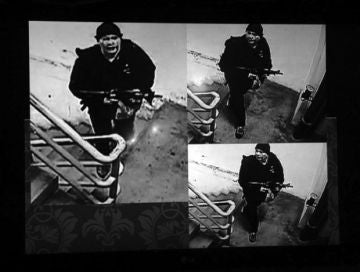 The lone gunman in the deadly Resorts World Manila incident that left 38 people dead, including the suspect, was a former government worker buried in debt, police said on Sunday.

Chief Supt. Oscar Albayalde, National Capital Region Police Office chief, identified him as Jessie Javier Carlos, 42, a former employee of the Department of Finance stationed at the One Stop Shop as a tax analyst.

Carlos was a Filipino national contrary to reports that he could be a foreigner because of his looks. He was fired from his job for non-declaration/misdeclaration of his statements, assets, liabilities and net worth (SALN), indicating unexplained wealth.

The suspect, a father of three children, was separated from his wife due to a misunderstanding over his gambling addiction. He was buried in debt, and even sold his Ford Ranger due to his financial problems, according to his parents and estranged wife who were presented during the press conference presided by Albayalde.

Albayalde said Carlos had a bank account with an outstanding debt of P4 million, and several other non-bank related debt.

He said they were able to speak to Carlos’ family early on Sunday, who confirmed his identity after a thorough review of the CCTV footage, photos and other pieces of evidence taken from Resort World Manila.

“In the interest of justice, members of his family are with us here today. They express their deepest sympathy to the families and friends of the victims and to the public in general,” Albayalde said.

The identification of Carlos now revealed that the incident was not a terrorist attack but a robbery case, according to Albayalde.

“On this note, we also reiterate our prior statements that this is not an act of terrorism but this incident is confined to the act of one man alone as we have always said,” he said, reiterating that they won’t allow people or any threat group to use this situation to advance their propaganda.
The Islamic State earlier claimed responsibility for the incident.

Read Next
Indonesia defense chief: There are 1,200 IS operatives in PH