Why a BPO firm chooses to invest in rural areas 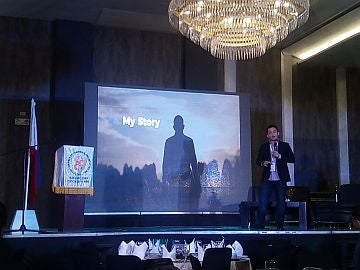 Michael Cubos, managing director of Performance 360 Global Services Inc., said they opened the Davao Center in 2013 and the Cordova Cebu Center in 2015.

Before the end of 2017, the company will be operating in six locations, namely, Butuan, Mandaue, Liloan (Cebu), Surigao, Bogo (Cebu) and Zamboanga.

The company is also examining opening centers in the southern Cebu towns of Argao and Barili.

“Establishing your centers in rural areas is now possible. Before, it was unthinkable,” said Cubos, who first started his BPO venture in 2010 in an internet café with P10,000 as capital after working as a telemarketer and call center agent in various companies.

“There is so much opportunities in this business but only very few (local players) enter the industry. Most of the revenues are not here in the Philippines,” said Cubos.

Cubos said investing in the countryside means direct access to local talents, who prefer to work near their homes.

He said 70 to 80% of the BPO workers in Cebu I.T. Park come from the provinces and neighboring towns and cities, who are easily burned out because of the nature of their jobs.

“I have a center in Cordova whose agents are the same quality and skills as the ones working in I.T. Park. They trade higher pay of P20,000 to work close to home at P10,000,” he said.

With the current traffic situation faced by most urban centers like Cebu, Cubos said employees would prefer working in companies which are five to 10 minutes from their homes.

“This way they get to spend more time with their loved ones. This has resulted to low attrition, high retention rate,” he said.

From a business perspective, Cubos said it makes sense to invest in countryside locations as the average cost per agent is only $1.5 per hour. Agents in I.T. Park and similar locations are paid between $5 to $7 per hour.

Establishing operations in the rural areas also contributes in uplifting of the quality of life of the community as it promotes talent development, job creation and countryside improvement.

Cubos said the company offers free eight-hour training for locals who are then issued a certification that they can use in applying for jobs.
He said they produce 50 graduates every month in which 80% apply in their company.

“Our graduates are not obliged to apply in our company after their training. We are training everyone to be employable in the industry as part of our corporate social responsibility,” he said.

Cubos said setting up a BPO business has a multiplier effect in which for every agent hired, “you are indirectly providing jobs for three people.”
“It gives birth to carinderia, bakery and tricycle drivers. It helps community fast track development,” he said.

Current technologies such as cloud storage and the internet make it possible for local players to set up BPO businesses.

Cubos, who spoke before participants of the Digital Innovation Summit over the weekend, said they target 150 community BPO centers nationwide with 10,000 agents in 2022.

But he warned prospective entrepreneurs that starting a BPO company is capital intensive and involves several risks.

Three months after he started operations in 2010, Cubos said a client did not pay the company P300,000, depleting his savings to pay his employees.
“Sail in favorable weather. There is going to be a lot of leaks. You need to learn how to patch them up so you can go where you want to go,” said Cubos.