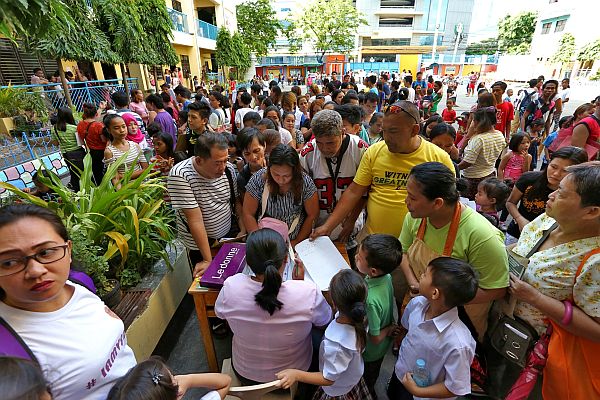 MORE than 500 thousand students enrolled for kindergarten to senior high school in Cebu province during the first week of classes for the school year.

Dr. Novie Mangubat, chief of the School Governance and Operations Division (SGOD) of Cebu province said they will still accept enrollees until next week, so the number could go up.

“As enrollment continues we have minimal problems like school transferees who do not have complete school records like for foreign students,” Dr. Mangubat said.

Students were allowed to enroll while completing the requirements for enrollment.

Mangubat admitted that if the construction of additional classrooms would be completed, there would be enough classrooms in Cebu province.

In the meantime, shifting of classes will help ease the problem of lack of classrooms, until the additional classrooms are finished.

“They can have two shifts of classes in one room per day. The hours of shifting depends on the agreement,” Mangubat said.

But before a school can implement shifting of classes, they would have to get the approval of DepEd Cebu province.

“There must be a permit issued before they implement it,” Dr. Mangubat said.

He also said night classes in some schools would also help to address a possible shortage of classrooms.

There are 58 elementary schools and 54 secondary schools in Cebu City.

Of the 54 secondary schools, 29 have night classes.