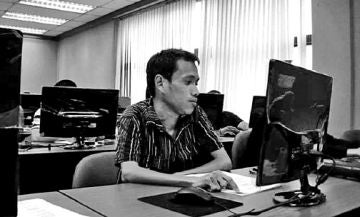 While most companies have aired apprehension over the government’s proposal to cut tax perks for business process outsourcing (BPO) firms in the country, local industry players have chosen to dwell on what could be a positive development in this story.

Michael Cubos, president of the Innovation Council of Cebu (ICC), said that if the removal of tax incentives for BPO firms cannot be avoided, the least the government can do is to grant benefits to companies that will set up offices in the countryside.

“That way, BPOs will be forced to build offices or extension offices in the provinces in order to enjoy the incentives and encourages Filipinos to invest and own IT-BPO businesses,” he told Cebu Daily News on Wednesday.

Cubos, founder and chief executive officer of homegrown Performance 360 Call Center and BPO Services, is also an advocate of desaturating the metropolitan area and bringing IT-BPM jobs to the rest of the province.

These groups are seeking a dialogue with the government to discuss the proposed measure, pointing out that the existing tax perks are the reason investors choose to set up businesses the Philippines, as well as what makes the industry competitive.

The bill, which serves as the first package of the administration’s comprehensive tax reform program, includes provisions that would trim tax incentives offered to the BPO industry, replacing some of them with a value-added tax (VAT) worth 12 percent of gross receipts.

This was one of the ways seen to offset the revenue losses of having lower personal income tax rates under the reform package.

“I think the government must study the tax reform well specially about the BPO incentives,” Cubos said.

If these provisions are to push through, the IT-BPM industry will find it difficult to reach the 1.8-million job generation by 2022, especially with the threat of the automation of basic BPO jobs, Cubos believed.

“Adding another problem like removal of the incentives is very bad for growth, both short term and long term, and could set our progress to a plateau,” he added.

Countryside development and cultivation of homegrown BPO businesses will be difficult as well, admitted Cubos.

“Coming up with a win-win solution is the way to go. All stakeholders must come up with a solid framework on how this should be done,” the industry leader said.

Wilfedo Sa-a Jr., Cebu IT/BPM.Organization (CIB.O, formerly CEDF-IT) managing director, said the removal of incentives will be a setback to the industry if the focus is still the cost arbitrage.

Sa-a said this will bring greater opportunities and jobs as well as mean more inclusive growth for the country.

“I hope our President can align this opportunity in his thrust to develop the countryside,” he said.

Read Next
PSEi firms up ahead of US Fed policy