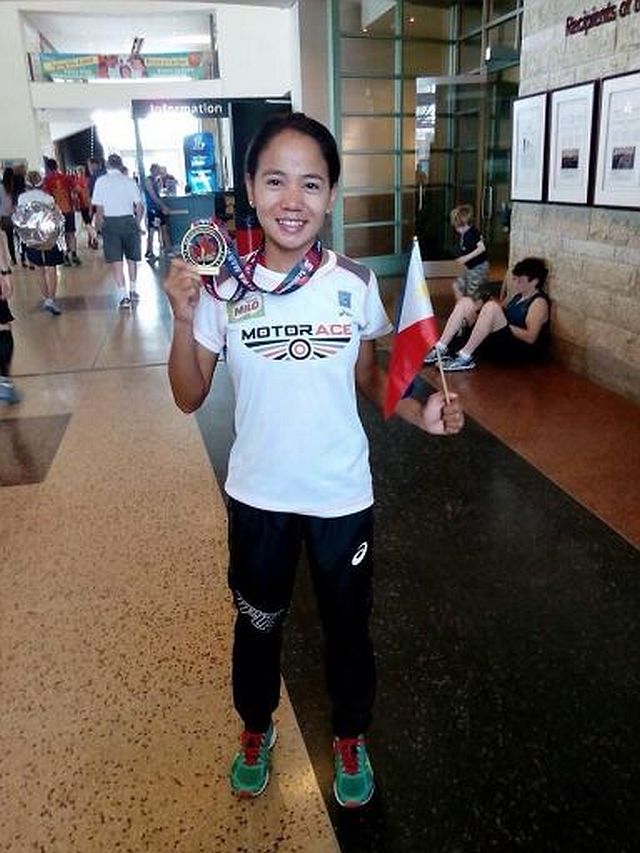 Cebuana Olympian Mary Joy Tabal heaved a sigh of relief after the Philippine Athletics Track and Field Association (Patafa) reinstated her to the national team set to compete in the Southeast Asian Games (SEA Games) in Kuala Lumpur, Malaysia this August.

“With marathoner Ms. Mary Joy Tabal’s recent email to the Patafa dated June 14, 2017 that has a commitment to comply with all of Patafa’s rules and regulations; from having a five-time Sea Games gold medalist Patafa national coach as her national coach; to reporting to the Patafa office upon her arrival from her overseas training and regularly thereafter; and with her statement that she never spoke negatively about Patafa in public and in social media; to her declaration that she is withdrawing her Feb. 17,2017 letter to the PSC she was asked to sign by PSC; the Patafa grants the request of Ms. Tabal to be reinstated, for the third time, to the Philippine Athletics team to the Kuala Lumpur Southeast Asian Games (SEA Games) in August 2017,” the statement read.

The 28-year-old Tabal, the first Filipino to compete in women’s Olympic marathon, said she is happy with the development.

“Thank you to Patafa and Dr. Juico for allowing me to carry the Philippine flag in Sea Games. It’s a great honor for me to compete again,” Tabal said vie Facebook messenger.

“I am also very thankful for those who supported me and fought for me, especially to my fellow Cebuanos. I am more motivated to train harder and win the gold medal. It won’t be easy but will surely give my best fight.”

Tabal, who is from Barangay Guba, Cebu City, won a silver medal in women’s marathon in the previous edition of the SEA Games in Singapore in 2015.

Jonel Borromeo, the president of MotorAce Philippines, Tabal’s corporate backer, was the first to announce the news of her reinstatement yesterday.
The Patafa statement also revealed the conditions that Tabal agreed to.

“Ms. Tabal will have as her designated official coach, Mr. Rene Herrera, five-time Sea Games gold medalist, and is further allowed to bring her own technical staff to the Sea Games competitions, in accordance with the rules and regulations of the Sea Games organizing committee and the POC (Philippine Olympic Committee),” the statement added.

It also said that when Tabal returns from her training in Italy, she should report to the Patafa in Manila so “she can further familiarize herself with her responsibilities and commitments as one of the stakeholders of Patafa and the serious repercussions, applicable to all Patafa athletes, of violations of Patafa rules.”

“I thank Dr. Juico for giving her a chance because she truly deserves it. She’s the best out there,” he said.