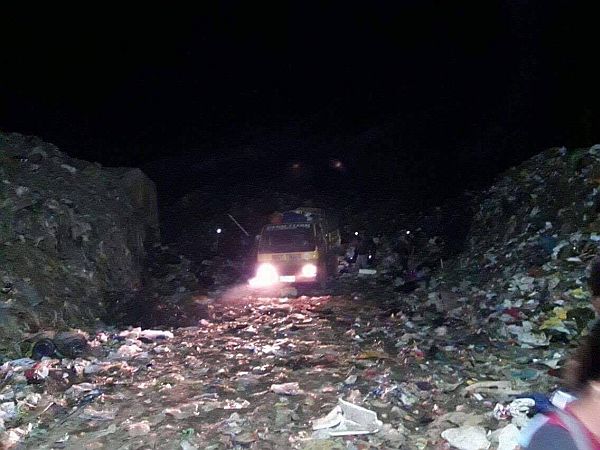 Cebu City Councilor Joel Garganera shares a photo of the piles of garbage which he claimed were taken from the Cebu City government’s transfer station outside the closed Inayawan landfill.
Contributed photo

THE Environmental Management Bureau in Central Visayas (EMB-7) was asked to look into the odor coming from the transfer station being used by the Cebu City government and its private hauler outside the closed Inayawan landfill.

Councilor Joel Garganera, chairman on the committee on environment, made the request after receiving several complaints from several persons about the stench allegedly coming from the piles of garbage at the transfer station.

Even people from Talisay City and locators in the South Road Properties (SRP) have already complained about the situation, he added.

CDN tried to contact Department of Public Services (DPS) head Roberto Cabarrubias and DPS assistant head John Paul Gelasque for comment, but they could not be reached.

Garganera also showed pictures taken inside the facility where mountains of garbage that have not been hauled to a landfill can be seen inside.

Under Republic Act 9003 or the Ecological Solid Waste Management Act of 2001, a transfer station is designed and operated in order to efficiently handle waste capacity. It further states that no waste can be stored in a transfer station for more than 24 hours.