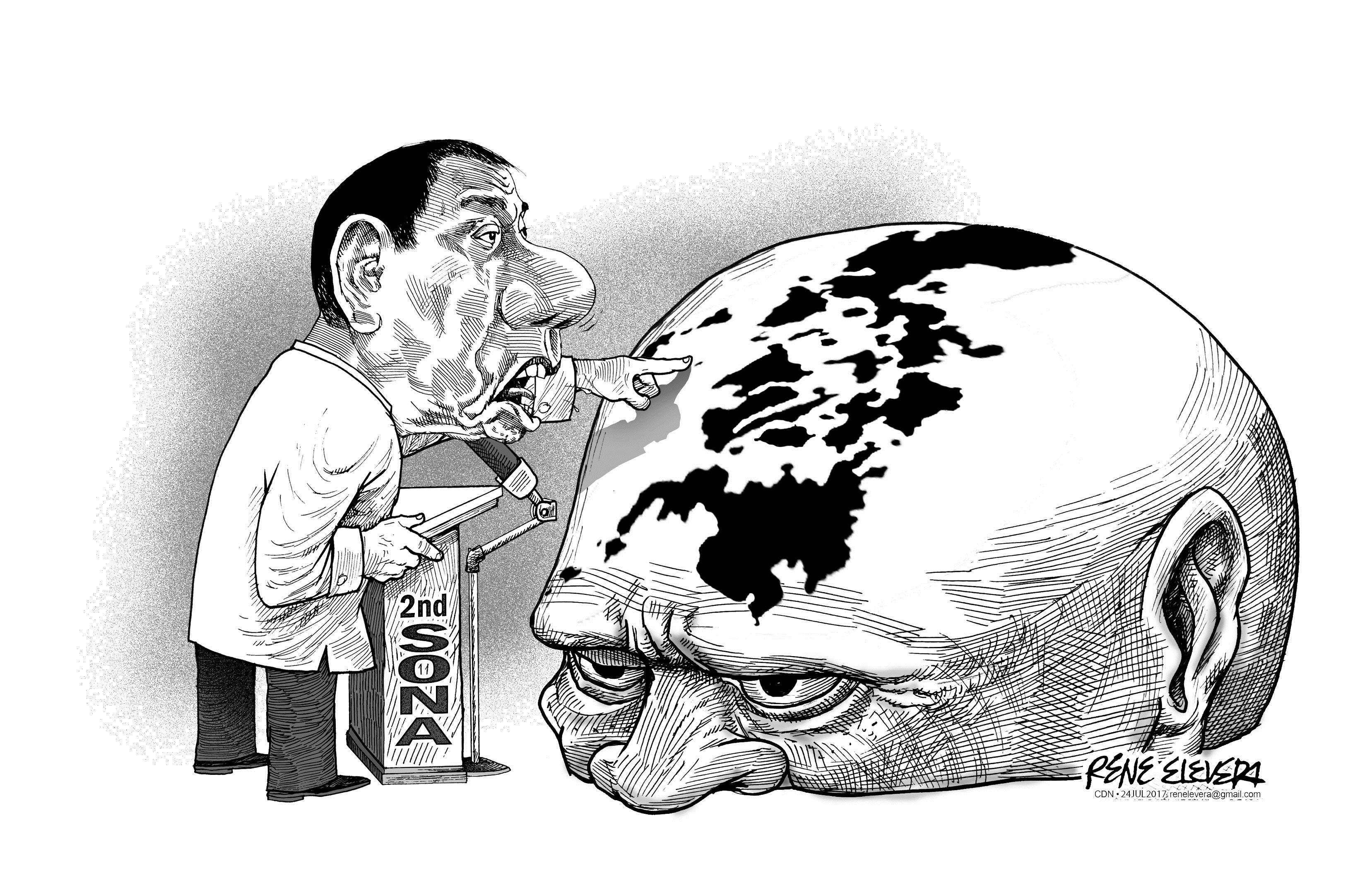 Clouds of uncertainty have hovered over the Duterte presidency in the past few months, and the growing public concern mostly stems from its willingness to resort to extreme measures such as martial law to justify its efforts to keep the peace throughout the country.

Last Saturday, as expected, Congress voted overwhelmingly to extend martial law in Mindanao for the rest of the year, and that vote of confidence will certainly put a smile on the President’s face as he steps on the podium to deliver his State of the Nation Address (Sona) today.

And what is the state of the nation today? As President Rodrigo Duterte’s Executive Secretary Salvador Medialdea told Congress in his appeal for martial law extension last Saturday, “these are troubled times for our country.”

Since when did the country not experience troubled times at all, one might ask? Well, it doesn’t hurt to review everything that’s happened before, so let’s sum it up, shall we?

There’s the several coup attempts against the first Aquino presidency; a strong Ramos presidency that hit the ground skidding due to the Asian financial crisis; the Estrada presidency that ended with another Edsa uprising; a prolonged and ultimately questionable Arroyo presidency; and Duterte’s predecessor, another Aquino, passing on the torch with still unfinished business, a.k.a. the Mamasapano tragedy.

Since the Duterte administration crashed, not just hit the ground running, the government has had to deal with mounting criticism over its war on illegal drugs which the President would likely trumpet in his address today while lambasting those who dare to criticize the campaign openly and without letup.

Owing to his own style of delivery that’s littered with cuss words, we don’t know if we can expect some good news from the President based on his own secretary’s declaration.

On the economic front, maybe it won’t be too much to expect the President to say something about his administration’s ambitious infrastructure program that hopefully would ensure the continuity of long-gestating projects that had just gotten off the ground (a.k.a. the Bus Rapid Transit project of Cebu City).

However, we may expect the President to drone on about the crisis in Marawi City and this martial law his government is imposing on the entire Mindanao island, which he said he won’t extend to both Luzon and the Visayas.

With Congress declaring its unequivocal support, what’s to stop his administration from extending martial law to the entire country? Nothing, since the President also has the Supreme Court on his side based on their recent martial law ruling.

Despite this, we hope to see something positive come out of the President’s address today if only to give to the Filipino people the impression that things will get better.

Read Next
The stirring struggle for sustainability