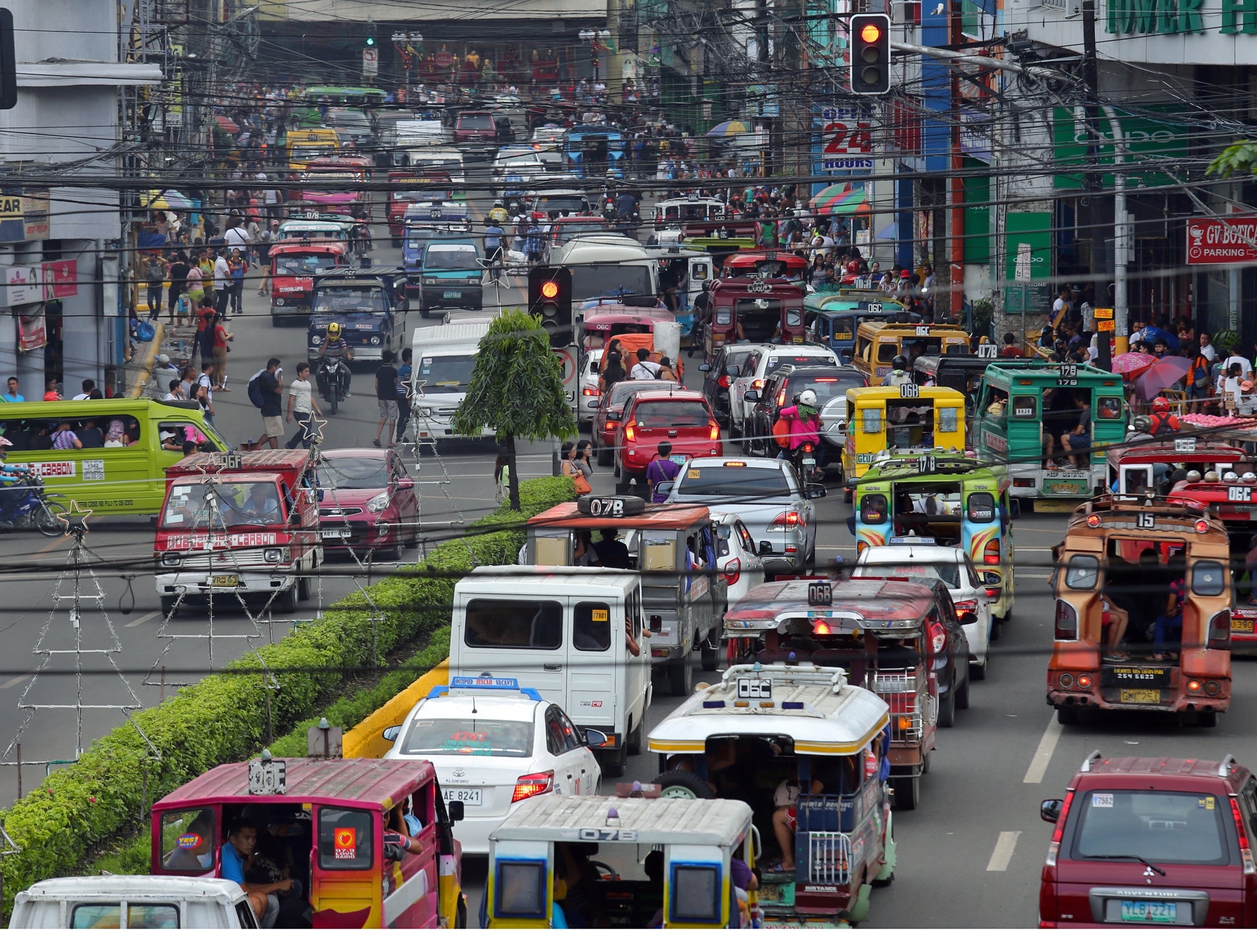 A plan to ban private vehicles from entering and passing through Colon St. in Cebu City is being studied as a way to address traffic in the area. Cebu City Mayor Tomas Osmeña is aiming to implement the ban when the Bus Rapid Transit starts its operations in the city.
(CDN FILE PHOTO)

For as long as she knows, 34-year old Rosita Perin and her family have lived along Colon St. in Cebu City.

It was where she grew up, got married and started her small business of selling “ukay-ukay” or secondhand clothes.

So when she heard of the idea being floated by Cebu City Mayor Tomas Osmeña to ban private cars along Colon St., she immediately said it might not be a good idea especially for business.

“Unsaon man namo pag-deliver sa among mga supplies? Daghan sad ra ba mi og customers nga muanhi nga magdala sila ug ilahang sakyanan (How will we be able to deliver our supplies? We also have a lot of customers who come here using their own vehicles),” she told Cebu Daily News in an interview over the weekend.

A few meters from her ukay-ukay shop stands a small carinderia or eatery owned by 40-year-old Evangeline Romero.

She too is apprehensive of the plan of the mayor, saying that Colon St. is not as congested as the other major thoroughfares in Cebu City.

(Why do it here where there will be a lot of businesses affected? There are more problematic areas in terms of traffic like the Bantal [Banilad-Talamban Road] and Escario St. Are they doing this to us because we are just small-time entrepreneurs?)

Colon is the oldest and shortest national road in the Philippines. Although already crowded and run-down now, this street used to be a bustling business district before the 1990s — housing movie theatres, shops and offices.

Aside from those businesses, sidewalk vendors are also thriving along this historic street.

And it has also become infamous for snatchers and pickpockets.

In the past years and previous administrations, there were also several plans to close Colon St. or make it a “walking zone,” but strong opposition from businessmen and stakeholders has staved off these plans.

Last week, Mayor Osmeña brought up yet another plan to implement a ban on private cars along Colon St. on certain hours once the Cebu Bus Rapid Transit (BRT) project is in place.

Although he pointed out that this plan will have to undergo thorough public consultations, the mayor emphasized the need to already do drastic measures to improve the traffic situation in the city.

He said he is already expecting strong opposition especially from businessmen in the downtown area, but the mayor assured that their concerns will be heard and addressed in consultations.

Aside from businessmen in the area, some private car owners are also against the mayor’s plan.

For now, the Cebu City Transportation Office (CCTO) is still studying how to go about in implementing the mayor’s plan.

“At the moment, CCTO is in the process of consolidating all the data necessary for the proposed ban of private vehicles in Colon. Consultations will be conducted later,” said lawyer Ismael Garaygay III, CCTO executive director.

Garaygay said that there is still no definite timeline as to when this will be implemented by their office.

In addition, Francisco Ouano, CCTO operations chief, said that there are several factors to consider in implementing the ban.

For one, he said there is a need to review existing routes of public utility jeepneys (PUJs) that pass through Colon St. and other streets in the downtown area.

Ouano said this is one of the things being studied by CCTO’s planning division following the mayor’s pronouncement.

“Imagine how many private vehicles pass through Colon St. They take up so much space. So we also have to look into rerouting schemes,” he said.

“But for me, why would I bring my own car? We have public utility vehicles. You can just ride and pay the fare. You won’t even have the hassle of looking for parking space anymore. This is why we really have to properly prepare for this,” he said.

Ouano also said they are expecting complaints on this plan.

He said this is why the CCTO is closely and thoroughly studying plans regarding its implementation.