Motorist in road rage case a no-show at hearing 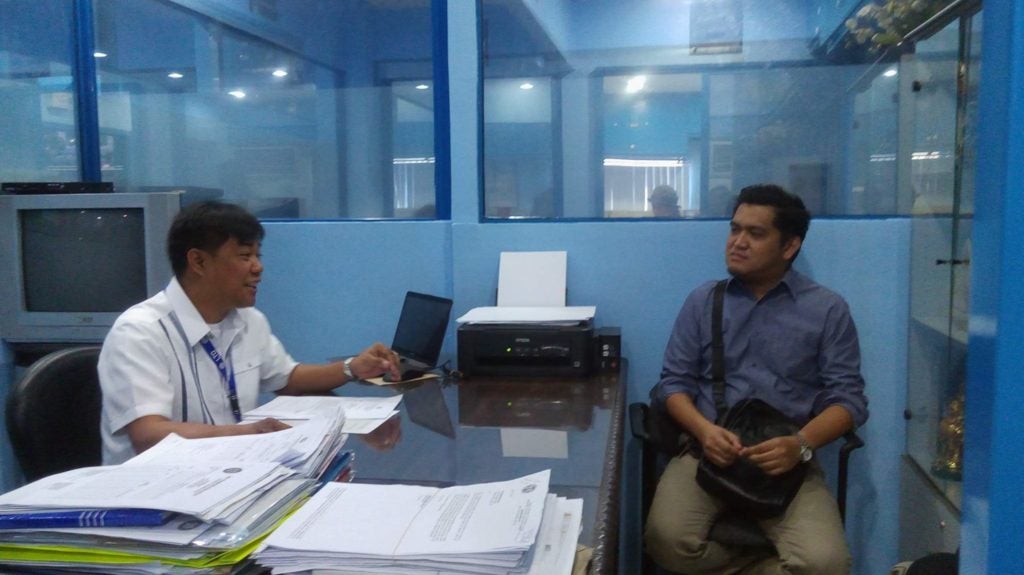 Patrick Bitoy (right) filed a complaint at the Land Transportation Office (LTO) -7 against the driver of a car with plate number YKG 837 who allegedly threatened him. (CDN PHOTO/MICHELLE PADAYHAG)

The motorist summoned by the Land Transportation Office (LTO-7) to identify the driver involved in an alleged road rage case didn’t show up for the scheduled investigation on Monday morning.

Only Patrick Bitoy, the complainant and his lawyer Ronald Baquiano and family showed up and faced Joel Maloloy-on, operations chief of LTO-7.

Maloloy-on told the complainant that they will send another subpoena to the owner of Honda Civic YKG 837 and another investigation is scheduled at 10 a.m on Friday this week.

“We can send until third subpoena. If the owner would not show up then we will place his vehicle under alarm which means they cannot transact or renew the registration of the vehicle until the case is resolved,” Regional LTO-7 Director Alita Pulga said.

“He (Laya) is the best person who can identify the driver involved” Pulga said.

The road rage incident occurred along Archbishop Reyes Street in Barangay Barrio Luz, Cebu City at past 1 am Friday.

The male driver who allegedly overtook Bitoy went out of the car with his baseball bat and threatened and hurled invectives at him. Bitoy narrated the incident on his Facebook account on July 26 and the post turned viral.