US: NKorea must stop ‘provocative’ behavior 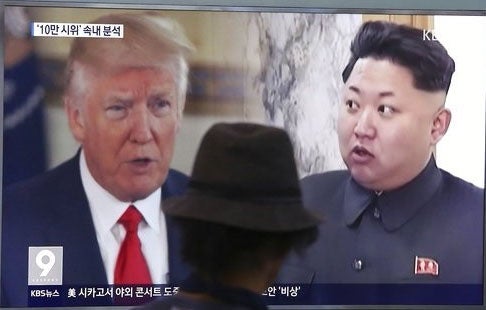 Washington — The United States demanded that North Korea “must stop its provocative and escalatory behavior” early Saturday after President Donald Trump stepped up his warnings against Pyongyang and spoke with his Chinese counterpart Xi Jinping by phone.

It said Trump “reassured” Guam Governor Eddie Calvo in a phone call that the US military would “ensure the safety and security of the people of Guam, along with the rest of America.”

During their separate call, Trump and Xi also hailed the adoption of a United Nations Security Council resolution targeting the North as an “important and necessary step toward achieving peace and stability on the Korean Peninsula,” a White House statement read.

“The presidents also reiterated their mutual commitment to denuclearization of the Korean Peninsula,” it added, stressing the two leaders had an “extremely close relationship” that “will hopefully lead to a peaceful resolution of the North Korea problem.”

If an attack warning is issued, Guam residents should take cover quickly — in a concrete structure, preferably underground — and stay there until instructed otherwise, according to a fact sheet titled “Preparing for an Imminent Missile Threat.”