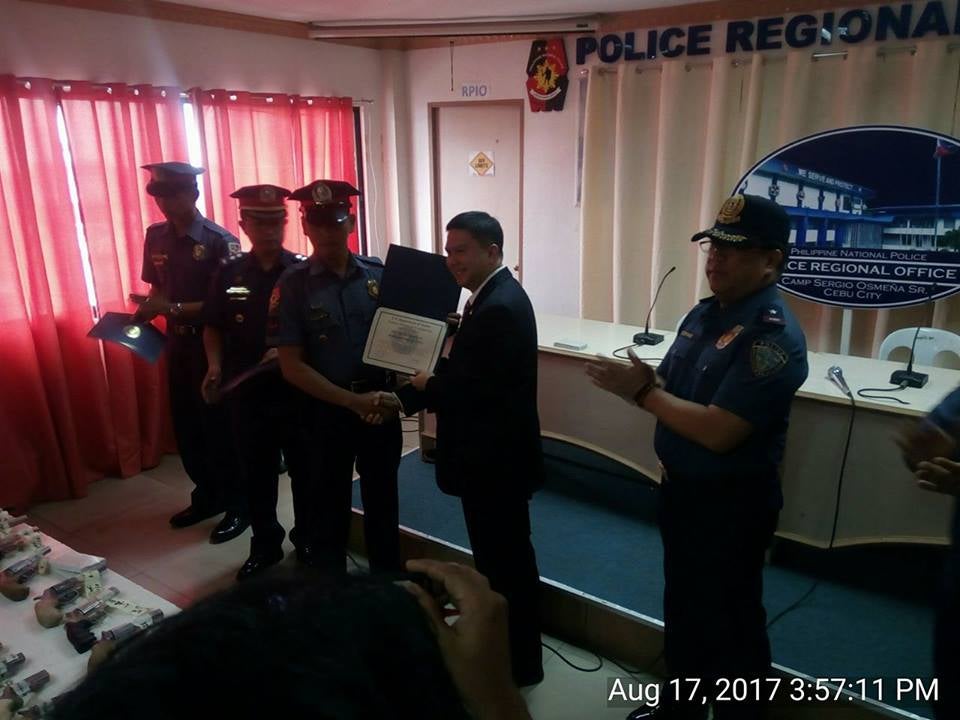 The Federal Bureau of Investigation (FBI) of the United States of America awarded three Cebu police officers on Thursday afternoon.

The three police officers led the arrest of an American fugitive, Peter Alan Towle, in December 2016. Towle is facing criminal charges in the US, and was also arrested in Cebu for allegedly sexually exploiting children.