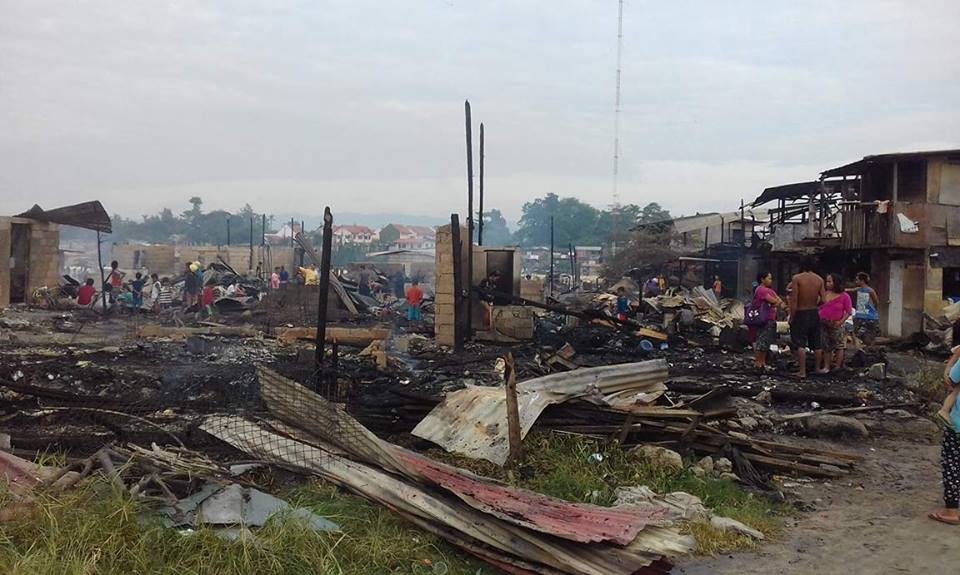 AT LEAST 86 two-storey houses were razed by fire in a relocation site in Barangay Paknaan, Mandaue City early morning on Wednesday, August 23.

About 100 families were left homeless by the fire that broke out at 2 AM. The fire lasted for an hour before it was totally put out by the Mandaue City Fire Department.

The alarm was raised to task force Alpha, prompting fire trucks from as far as Talisay City and Liloan to respond.

Based on initial reports, the fire originated in the house of Stella Abad, which was allegedly intentionally burned by four unidentified men.

Fire investigators have yet to confirm the claims of the witnesses who saw how the fire started.

Six people were reported to have been injured by the fire. Damage was pegged at P490,000.

The affected families are now sheltered temporarily in the barangay gymnasium.