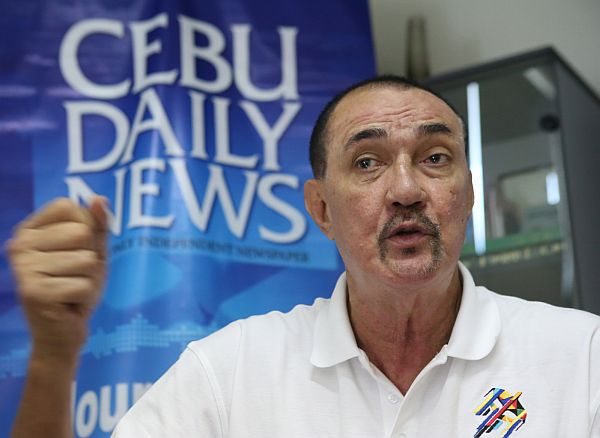 In light of Peping Cojuangco’s continuing refusal to step down as head of the Philippine Olympic Committee (POC) despite the country’s embarrassing setbacks in international competitions most notably the recent 29th Southeast Asian Games in Kuala Lumpur, Malaysia, a group of concerned sports aficionados, National Sports Association (NSA) officials, athletes and sports stakeholders will take their unified call to the streets on Sept. 21 in a rally for “Peace and Change in Philippine Sports.”

The event will run from 9 a.m. to 12 noon at the Rizal Memorial Stadium in Metro Manila.

Philippine Sports Commission (PSC) commissioner Ramon Fernandez is urging the Cebuano sports community to hold a similar rally as he plans to talk to local sports leaders to encourage them to organize one.

In the recent SEA Games, the Philippines collected 24 gold medals, 33 silvers and 64 bronze medals and placed sixth among 11 teams. It was the lowest output for the country in the biennial meet and did not even reach half of the projected 50-gold medal harvest flaunted by chef de mission Cynthia Carrion-Norton before the games began.

Fernandez said the main purpose of the rally is to urge Cojuangco to call for a general assembly meeting and hold “an open, public and democratic elections.”

“To tell you the truth, the elections last year was a big fiasco,” Fernandez said, adding that Cojuangco employed all the dirty tricks in the books to ensure that he stays in power.

“I hope that all those who love sports will come out on September 21 to call for unity hoping that the POC leadership will see the light.”

“I’ve heard him (Cojuangco) say the past days that he doesn’t care what his critics say. What’s important for him is that all of those who voted for him will be prioritized. I hope that the athletes and sports lovers in Cebu and in Mindanao and other key cities in the country will organize their own rally on September 21 to let Peping know that Filipinos are sick and tired of his leadership,” said Fernandez, who won four MVP titles while playing in the PBA and is widely considered as one, if not the best player, to ever suit up in Asia’s first play-for-pay league.

Fernandez said he is confident that Cebuanos will throw their support behind this noble undertaking in the same manner that they rallied behind SEA Games marathon champion Mary Joy Tabal when the latter was kicked out of the national team by the Philippine Athletics and Track and Field Association (Patafa) two months before the Kuala Lumpur games.