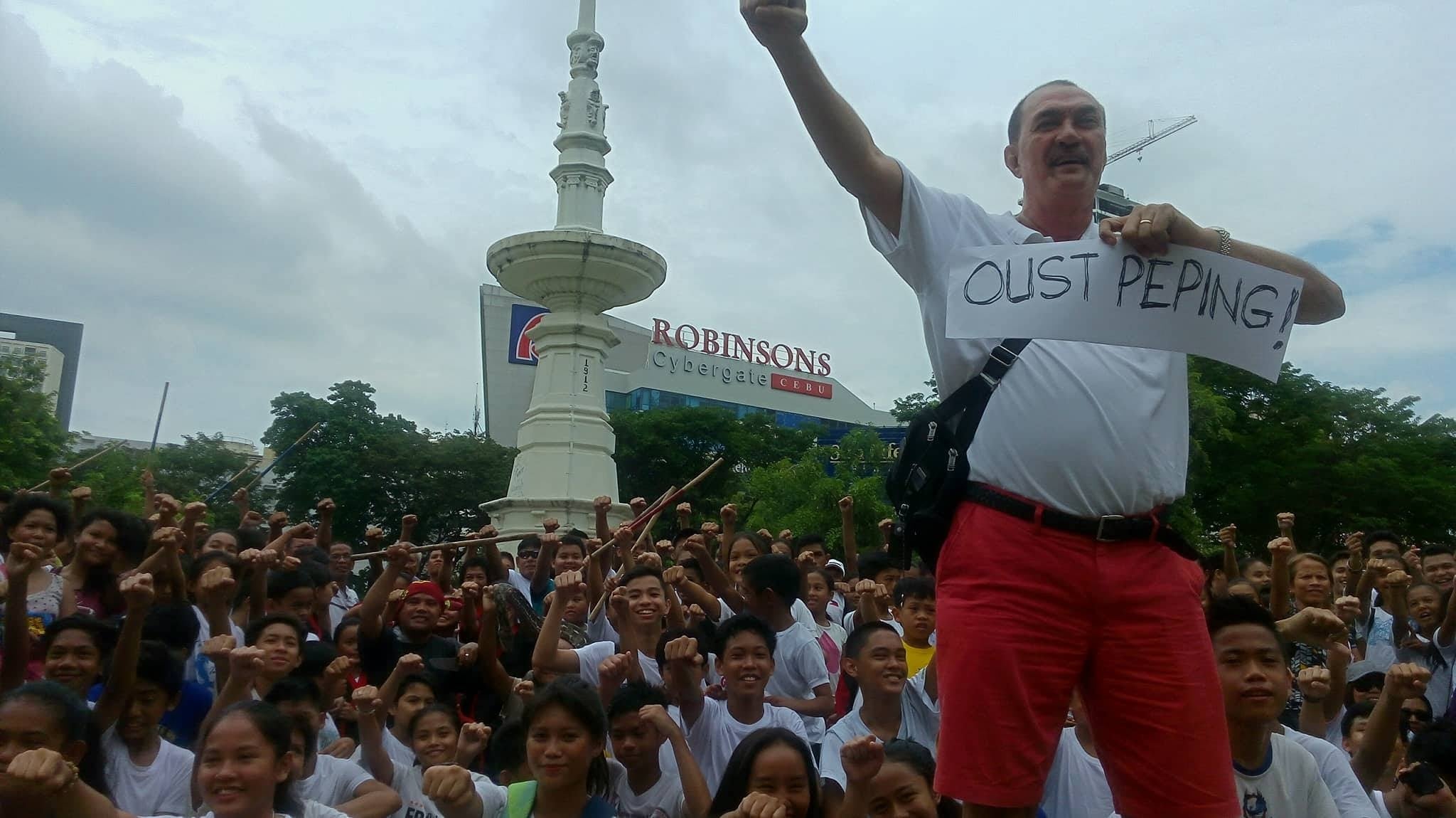 More than 200 young athletes joined their coaches, local sports officials and sports stakeholders yesterday morning in a unified call for change in the country’s sports landscape in a protest rally at the Fuente Osmeña circle.

But instead of shouting their throats hoarse against the blatant inadequacies committed by officials of the Philippine Olympic Committee (POC), the young rallyists, wearing white, turned the occasion into a more productive venture by conducting free clinics in various sports.

Philippine Sports Commission (PSC) Commissioner for Visayas Ramon “El Presidente” Fernandez, the main organizer of the rally which was held simultaneously in Manila, expressed gratitude for the strong support showed by the Cebuanos.

Fernandez, the most vocal critic of POC president Jose “Peping” Cojuangco led the rally dubbed as the “Rally for Peace and Change in Philippine Sports.”

The main goal of the rally was to condemn POC’s mismanagement of the country’s sports.

Fernandez also announced the holding of the Visayas Open, a quarterly meet which will feature 14 focus sports of the PSC that will be held in key cities in the Visayas region starting next year. “This rally has its basis. The call to have this rally is because it’s magnified in the last SEA Games performance of our athletes,” added Fernandez.

During the recent SEA Games in Malaysia, the Philippines only won 24 gold medals, its lowest output in the entire history of the biennial meet and a continuing downward trend for the country in international competitions.

Yesterday’s rally also condemned the prejudicial treatment of the POC to athletes from the provinces like the case of Cebuana marathoner Mary Joy Tabal who was dropped from the national team prior to the Southeast Asian Games. But due to public outcry, the POC eventually sent Tabal to Malaysia where she won the country’s first gold medal in Kuala Lumpur.

“As I said, athletes are not made overnight. It’s a continuing program. Look at Joy Tabal, she started 10 years ago, it takes a lot of sweat and sacrifices to become an elite athlete,” Fernandez told the young athletes who attended the rally. “You can’t make an Olympian in one year. Just like Hidilyn Diaz, she has to compete in two Olympics before winning a silver last year.”

Meanwhile, CCSC chairman Edward Hayco, the sports patron who put Cebu in the Guinness Book of World Records for staging the largest dance class, largest arnis class and largest chess tournament in the world, said there should be a change of culture.

“From my own perspective, there has to be a change of culture, there must be a culture of commitment, a culture of care, a culture of leadership, we want that culture. That’s how I interpret change. I wear white today same as our participants in the rally because I want to give the athletes a brighter future. A call to take good care of us,” said Hayco.