Mantilla puts up 30 points as USJ-R wins over UC 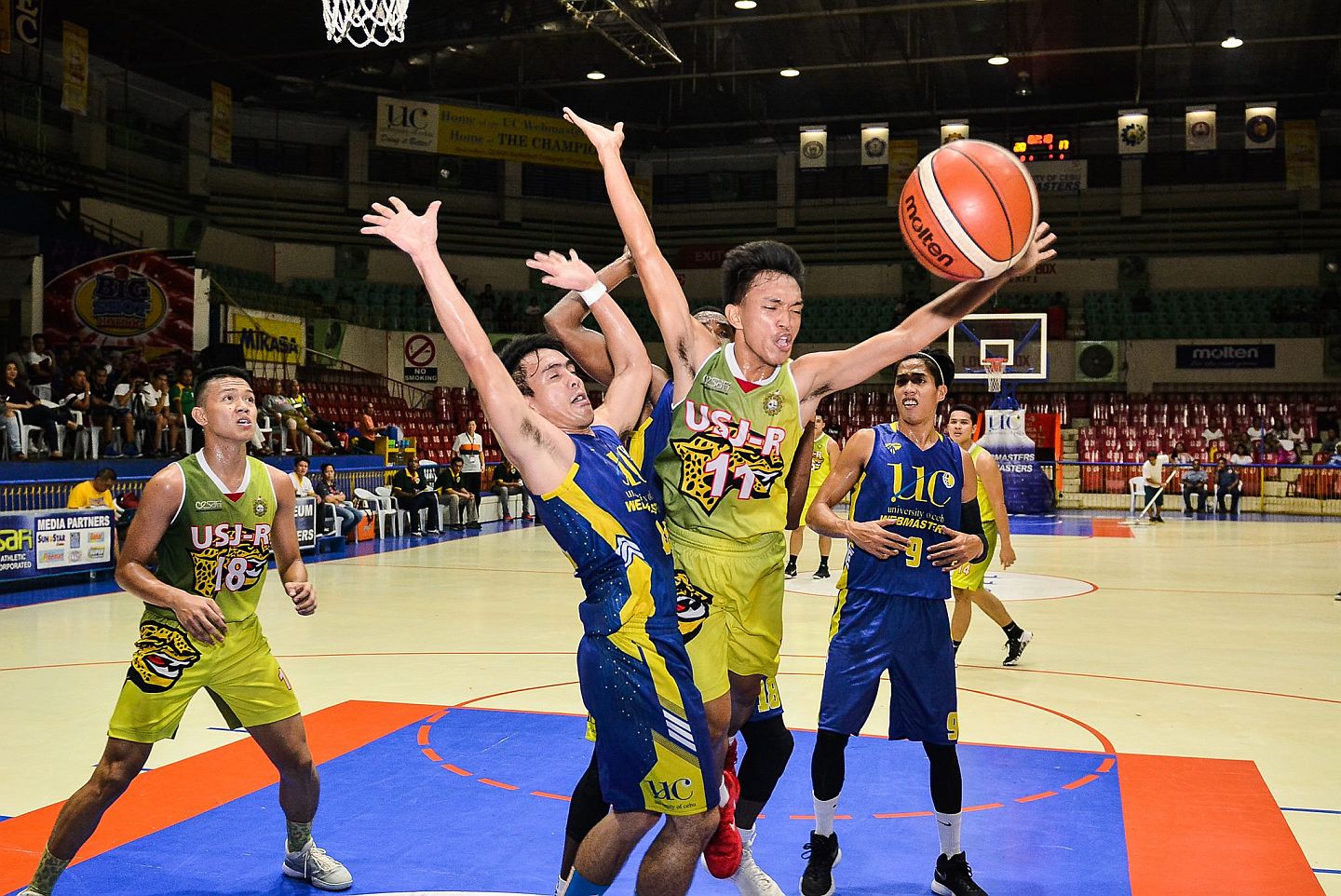 USJ-R’s Jaybie Mantilla loses control of the ball in a Cesafi seniors game against UC at the Cebu Coliseum Saturday night. (Photo by Ron Tolin)

In spite playing their fourth straight game this week, the University of San Jose-Recoletos (USJ-R) Jaguars remained energized and took down the University of Cebu (UC) Webmasters, 87-83, in the 17th Cesafi men’s basketball tournament Saturday night at the Cebu Coliseum.

Down four at the start of the fourth, the Jaguars took control with a huge 16-3 uprising that spelled the difference as the Jaguars nabbed their eighth victory in 10 games to stay just half-a-game behind the league-leading University of the Visayas (UV), which is at 8-1.

Point guard Jaybie Mantilla, a leading contender for the MVP award this season, bolstered his case for the coveted individual honor as he piled up 30 points on a perfect 11-of-11 shooting from the free-throw line. He also had nine rebounds, three assists and two steals.

Undersized forward Julius Pacanuayan had a double-double of 14 points and 10 boards along with four steals while Miguel Gastador had his second straight strong outing with 10 points, three rebounds, three assists and five steals.

The Webmasters trailed by as many as 10 but gained their bearings to take a 68-64 lead heading to the fourth.

But the Jaguars came alive and tied the game at 71-all before taking over with nine straight points punctuated by a putback by Pacanuayan, a banker by Albert Catiloc and two free throws by RJ Dinolan to put them up, 80-71, with 2:53 left in the game.

UC pulled to within three, 81-84, after two straight layups by Justine Dacalos with 21.3 seconds left but Dinolan and Catiloc swished three free throws to secure the win for USJ-R.

The loss wasted Frederick Elombi’s monster 39-point, 15-rebound outing as UC fell to an even 5-5, with Southwestern University-Phinma (4-6) trailing them for the final spot in the Final Four.

Read Next
Losing via default in last two games, CDU gets eliminated