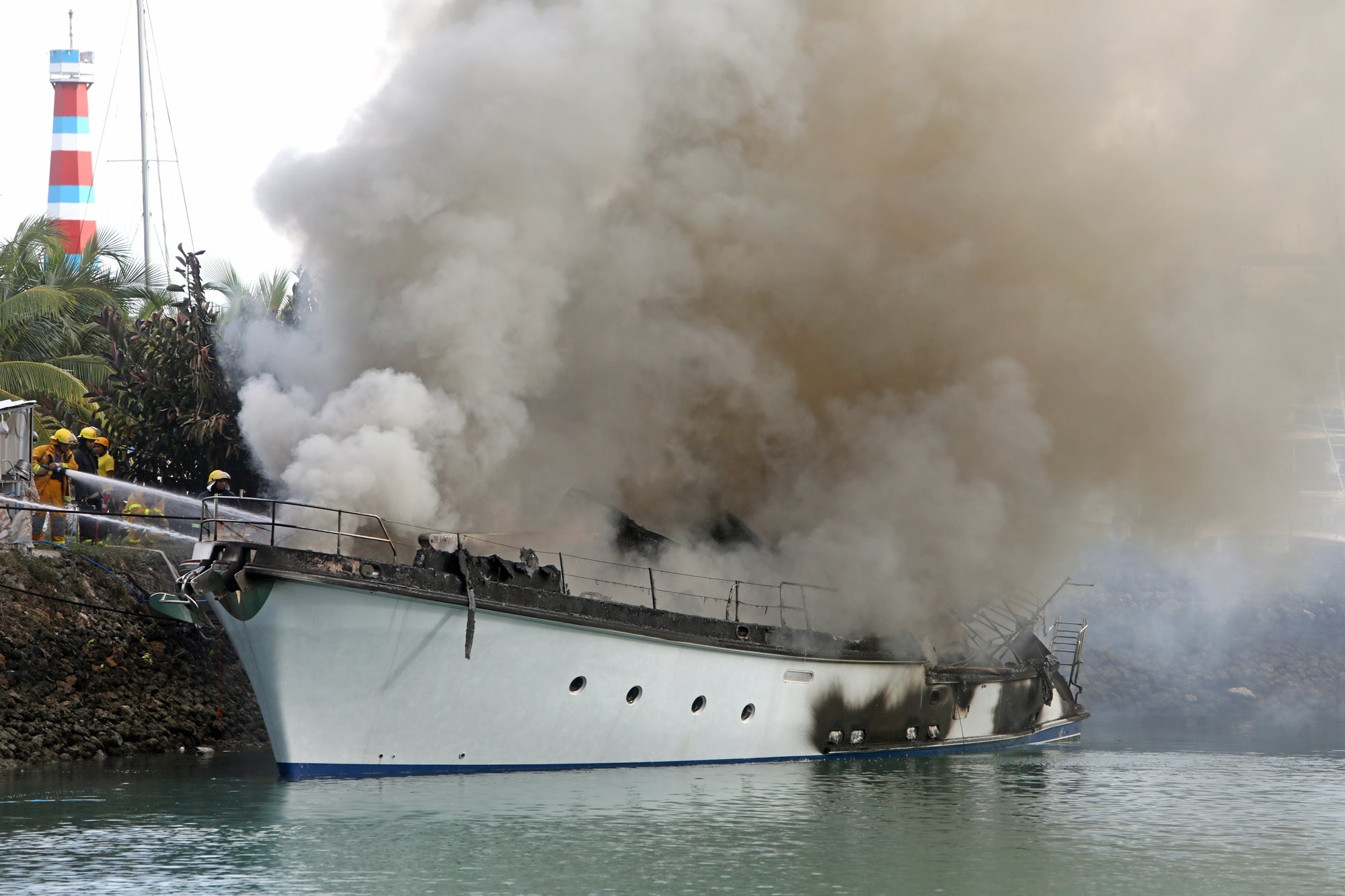 A yacht docked at Porter Marina in Liloan was destroyed by fire on Sunday afternoon. (CDN PHOTO/TONEE DESPOJO)

AN estimated P30 million yacht was damaged after it was gutted by fire as it was docked at the Porter Marina in Barangay Calero, Lilo-an town in northern Cebu on Sunday afternoon.

Edmund Porter, owner of Porter Marina docking bay said, the yacht is owned by a Canadian, who is currently in Canada.

Porter said that he has hired a caretaker who always look into the maintenance of the yacht.

He also said that a short circuit could have started the fire since no one was aboard the yacht at that time.

He said the owner, whom he has not met yet, uses the yacht only once or twice a year.

The owner pays P30,000 per month for the yacht’s safekeeping at the bay.

“It’s one of the best and expensive yachts here, said Porter.

But he said each of the yacht docked in the bay was insured and the one gutted by fire was registered and insured in Canada.

PO3 Jacel Gregory of the Philippine Coast Guard was in the area when the yacht was on fire.

Gregory said that they responded and tried to put out the fire using fire extinguishers but they could not put it out and they called the Liloan fire station for help.

Haide Vertudes, Liloan fire station chief, said they received the call at 2:04 p.m. and immediately responded together with Consolacion Fire Station but it took them a while to put out the fire due to difficulty of gaining access to the yacht’s compartments.

Vertudes said that the smoke was too strong when inhaled due to fiber plastic component of the yacht and because of this, they sought the assistance of the Cebu City Fire Volunteers and the Mandaue Fire Brigade, who have breathing apparatus needed to enter the yacht.

As of 8:00 p.m. last night, the Liloan Fire Station still didn’t have the other details of the fire incident as the responding team were still in the fire scene.