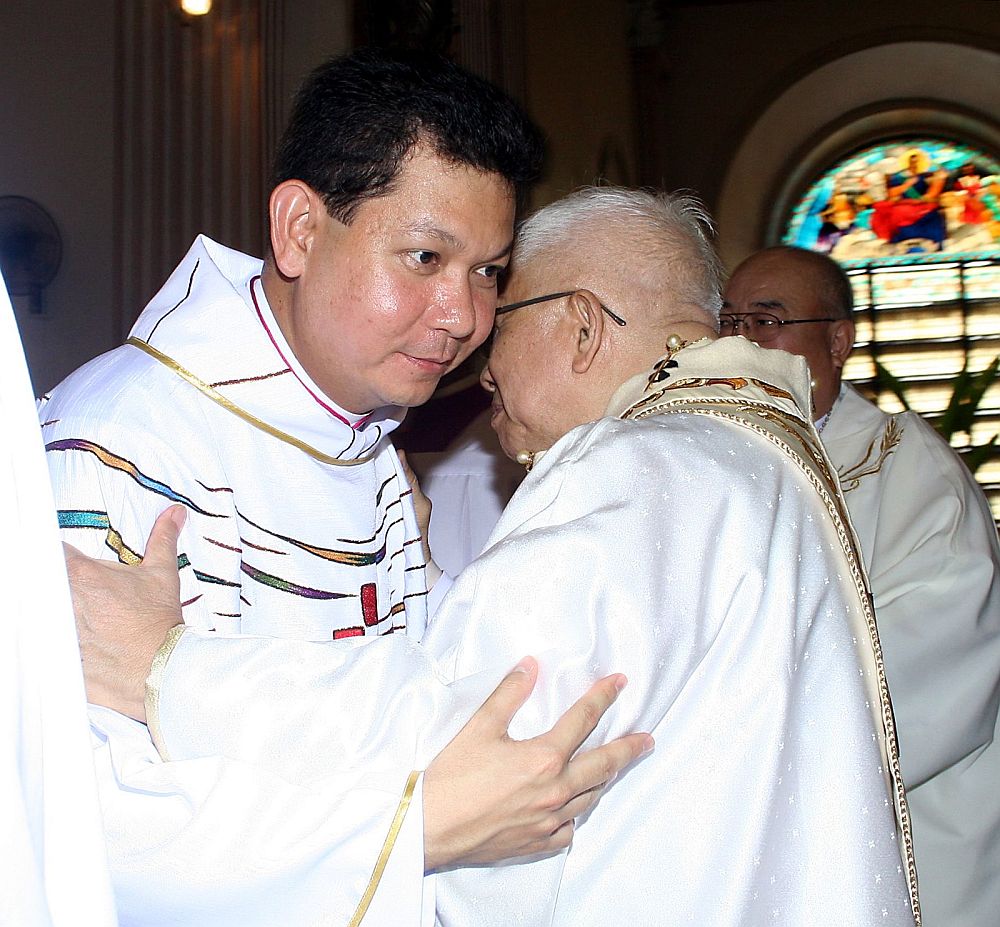 Speaking before the congregation in a Mass on the second night of Vidal’s wake on Thursday, Villarojo recounted how he was once rebuked by Vidal when he made a mistake.

“When Cardinal Vidal gets angry, it takes the spirit out of you. Kana iyang mata, kon mosiga na, dako gyud na kaayo. Nasigaan gyud ko anang iyang mata,” he quipped as the people gathered at the Cebu Metropolitan Cathedral laughed.

“But then, one thing about him is when he knew that the mistake was honest and not out of caprice, he came back, knocked at my door and said, ‘I’m sorry.’ Two words that mean so much. He didn’t really have to apologize because I really made a mistake, but he said sorry,” he added.

“Cardinal Vidal knew that to say ‘I’m sorry’ is not a form of acquiescence and not a kind of weakness. It is rather a way to reach at the heart of a person. When we reach the heart, one opens up, and a relationship is renewed.”

Villarojo, who can be considered Vidal’s closest and most trusted aide, highlighted the cardinal’s humility and self-effacement — virtues that made him one of the well-loved leaders of the Catholic Church.

“His Eminence could go anywhere just to forge peace. His work for peace has brought many lives reconciled. I don’t think it is about personality. It is about virtue. It’s not that people are born to be peacemakers, but people get the sense of what it takes for peace,” he said.

Two years ago, when Villarojo was about to be ordained as bishop, he met with Vidal who asked him about the episcopal motto he chose: “Consolamini Popule Meus (Be consoled my people).”

“He said, ‘How do you console your people?’ Well, I stopped for a moment. ‘Ah, if they are hungry, give them food. If they are sad, we say comforting words.’ That was what I thought of,” the bishop said.

“And he (Vidal) offered his answer: ‘By giving the sacraments.’ And it struck me. Sometimes, we think about consoling of people simply by saying comforting words or giving something they need, physical or material. Sometimes, we priests take for granted that the real consolation people need is in the sacraments,” he added.

Villarojo said Vidal taught him that the sacraments — baptism, confirmation, confession, the Eucharist, matrimony, sacraments of the holy order, and anointing of the sick — are the best things priests can give to console God’s people amid a world filled with turmoil and strife.

“These things we learned from His Eminence, so much so well-explained in his life, is something that we can also own. Those spiritual gifts are not exclusively his. They are ours if we see the gifts of the sacraments — God’s presence in this word — as our gifts as well,” he said.

“If we learn to say I’m sorry, not as a form of acquiescence or a sign of weakness but a way to reach into the hearts of persons; if we efface ourselves and not mind so much how we look or how we sound to people but simply how people come together in peace and harmony, this life (of Vidal) which we celebrate is not only a life we can honor and admire but also live on our own,” Villarojo added.