When ‘restless spirits’ pay a visit 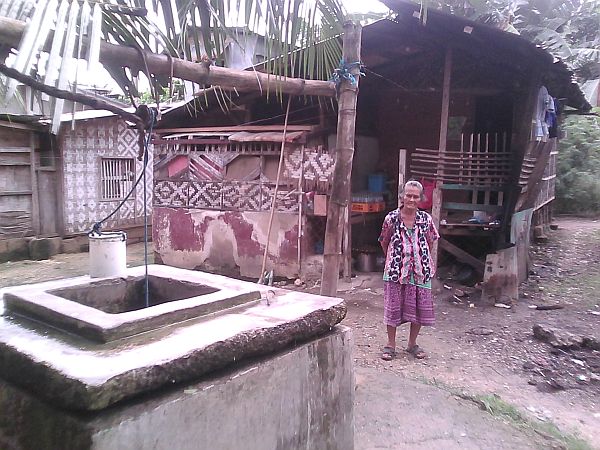 Seventy-eight-year-old Sergia Ibale, grandmother of Dominic Pahugot, the drug-crazed man who beheaded his wife last October 8, stands near a deep well beside the house where the gruesome crime was committed. According to Ibale, her daughter and neighbors, the woman’s ghost would stand facing the well at night. Prior to her brutal death, the woman, Lovely Jane Quiño, earned a living laundering clothes at the well. (CDN PHOTO/NORMAN MENDOZA)

For more than a week now, the residents of Sitio Libo, Barangay Tayud, Consolacion town would shut the doors and windows of their homes as early as seven in the evening.

The women have stopped washing clothes at a nearby water well, while the men no longer linger in the barrio for late-night gatherings.

As soon as the sun sets in the village and darkness creeps in, everyone reportedly stays huddled indoors — fearing the ghastly sight of a faceless woman standing by the well or the eerie sound of hard objects banging on the walls of a nearby shanty that witnessed a gruesome murder last October 8, Sunday.

Village residents claim the hut that was once occupied by Dominic Pahugot and his live-in partner Lovely Jane Quiño is now the scene of several paranormal experiences happening in the neighborhood days after Dominic, 27, beheaded 24-year-old Quiño while in the middle of an argument.
Shortly after, Dominic was shot dead by responding policemen.

The slain couple left behind three toddlers and an infant, ages 5, 4 and 2, and a five-month-old baby who are now in the custody of Quiño’s relatives.

Dominic’s grandmother, Sergia, said that ever since the couple’s deaths, “weird things” started to happen in the three-room shanty which she shared with several members of the Pahugot family.

Sergia and Dominic’s mother, Angelica, used to sleep in one room; while the second room was occupied by Dominic’s brother Ace Virgel, 28, who is now detained at the Consolacion Police Station for running amok with a bolo shortly after Dominic was killed by responding policemen.

The third room, which faces a deep well built on the family’s lot, was where Dominic and Quiño used to live. The couple had added a dirty kitchen to extend their part of the house.

Quiño’s headless body was found near the dirty kitchen while her head was recovered a few meters away from the house.

Two days after the couple’s tragic deaths, 78-year-old Sergia moved into the room once occupied by her grandson, Dominic and his wife, Quiño.
At night, Sergia said, she would hear the sound of hard objects that seemed to be thrown to the wall.

“Naay mga butang nga ipanglabay sa bongbong. Nagduda ko nga si Dominic to (There were things thrown to the wall. I suspect that was Dominic),” she said.

The loud sounds were enough to disrupt her sleep, but they weren’t enough to scare her.

“Mas mahadlok pa ko anang buhi nga dautan kay sa anang kalag (I am more scared of the living than of the dead),” she said.

Instead of panicking, Sergia said she would calmly ask “Dominic’s ghost” to leave her alone.

Sergia is convinced that the paranormal incidents were manifestations of Dominic, whom she fondly called “Mingkoy,” and Quiño.

“Akong storyahan nga ayaw ko kumidyahe kay dili ko mahadlok (I would tell him to stop kidding around because I am not afraid),” she told Cebu Daily News.

Dominic’s mother, Angelica, 49, said that she and some neighbors had also been hearing sounds coming from the couple’s room. 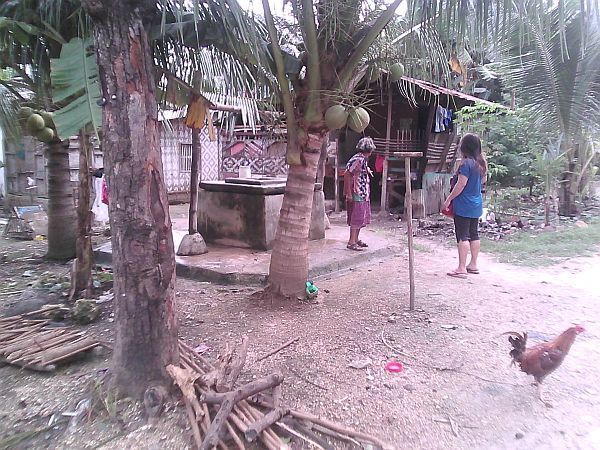 Apart from that, Angelica said that late at night, they also saw a woman facing the well, about five meters away from their house, with her back turned.
They believe the woman was Quiño who had worked as a laundrywoman before her death and was often at the well washing clothes for her customers.

Sergia said that although she has not encountered the woman whom others claimed to have seen, there were times when she could hear sounds coming from the well, as if someone was playing with the water.

Unlike her neighbors, Sergia said the incidents do not scare her because she knew Dominic and Quiño very well and was very close to her grandson before their relationship soured seven years ago when Dominic began to use illegal drugs.

Sergia believes that their spirits would linger longer on earth because the couple died sudden deaths, and worries that Dominic’s soul would not find peace.

“Dili man gud to basta-basta nga magmalinawon iyang kalag kay hilabihan niya ka badlongon (His soul will not rest easily because he committed so many bad things),” she added.

Meanwhile, Angelica said that she planned to ask the parish of Consolacion to bless their area with holy water to drive away restless spirits.

Fr. Ricardo Cañete of the St. Joseph Parish in Barangay Tayud told CDN that while it was possible that the souls of the dead were still around, they could no longer harm the living nor appear as a living person.

Upon the request of the Pahugot family, Fr. Cañete offered Mass for the eternal repose of Dominic and his wife’s soul.

Sergia is hopeful that the couple would one day find peace so that residents of Sitio Libo could again live in peace.