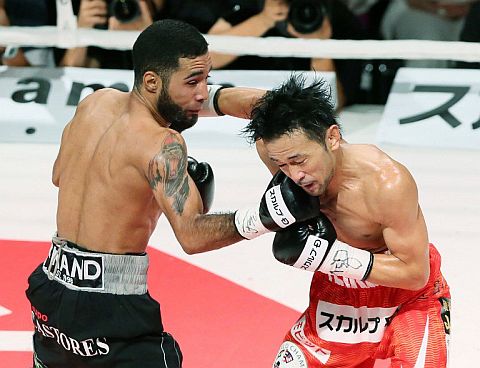 Tokyo— The World Boxing Council has ordered a rematch between Japanese boxer Shinsuke Yamanaka and Luis Nery for the bantamweight title three months after the Mexican failed a drug test.

A week after the bout, the WBC announced that Nery failed a drug test performed in the lead-up to the fight with an amount of the banned substance and stimulant Zilpaterol detected. The findings were from Nery’s “A” sample taken July 27, but additional tests taken in Japan gave negative results.

The WBC issued a statement Wednesday saying, “Based on the evidence the WBC examined concerning this matter, the WBC cannot make a determination with sufficient certainty as to whether Mr. Nery’s adverse finding was the result of intentional ingestion of a banned substance to improve performance. All information and facts lead to conclude that the adverse finding was due to consumption of contaminated food products.”

Nery is set to face ALA Boxing Gym’s “King” Arthur Villanueva this weekend in Mexico for a non-title fight.