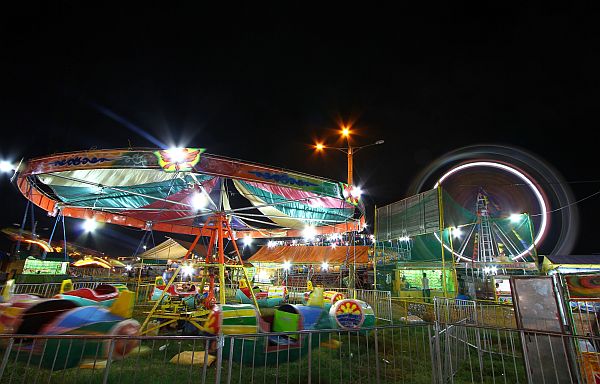 This comes after the winning bidder of this year’s Kasadya sa SRP, Professional Advertising and Production Specialist (Paps), gave a bid amount of P3.6 million.

This is P1 million more than last year’s operator which made a P2.6 million bid.

Last month, the Cebu City Council approved a resolution authorizing Mayor Tomas Osmeña to enter into an agreement with Paps.

The 2017 Kasadya sa SRP which carries the tagline “Big Boom sa Sugbu” will open on December 1 and will run until February 28 next year.

“The bidder will shoulder everything including electricity, water, and they will also fence the area,” said Nagiel Bañacia, head of the Cebu City Disaster Risk Reduction and Management Office (CCDRRMO).

He said the Kasadya sa SRP will still be held at the three-hectare Sugbo grounds in the SRP, the same location in previous years.

Though the city government is already assured of P3.6 million for revenues from the carnival, it may earn more since Paps is expected to pay 30 percent of their total admission fees to the city.

Aside from Paps, Three Z Carnival also participated in the bidding for the operation of the Kasadya sa SRP. They gave a lower bid of P3 million.

A Notice of Award signed by Mayor Osmeña was already given to Emmanuel Ongkiko, managing partner of Paps which is based in Makati City, last October 12.

Although the Kasadya sa SRP started in 2011, it was only last year when the determination of the operator for the annual carnival was done through a public bidding.

Under the approved terms of payment, Paps is expected to pay 25 percent of their bid amount upon signing of their contract with the city government.

Payment of the excess in case 30 percent of total sales would exceed their P3.6-million bid will be paid on or before March 16, 2018.